Everyone Has at Least One Book in Them, Between Christmas and New Years is a Good Time to Start Yours – WoC 2013

“Everyone Has at Least One Book in Them!”… Bob G. Allen

Most people have some down time, even if they are at work, between Christmas and New Year.  The shopping is done, the gifts are opened and except for a possible party or New Year’s event, it is a great time to ponder the year, or even the decade, that has just passed while putting together your list, whether it is an actual resolution list or not, for the upcoming year. As part of that review and planning, it is also a great time to pull out photos, new and old and to make some notes, whether written down or even mental notes.

Each and every one of us has material all around us for a book. 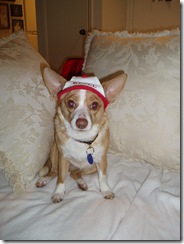 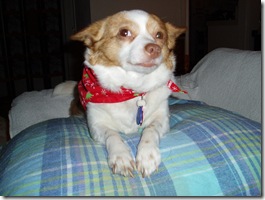 My goal last year was to start putting together photo albums of old photos as well as a book on the Groetzmeier Heritage from Germany and Austria and how it transmuted, combining with American Traditions… for my nieces, nephew, our kids and their kids or anyone that might find it interesting. I am the main link to that heritage and don’t want it to be lost.   But with all that transpired this year or the year before; I didn’t get it done in time for Christmas… so that will be back on my project list for the coming year.  I have also considered a family cookbook, a children’s book about the dogs or our greycheek, and a book about our daughter’s adventures, including photos and letters, sailing around the world with Semester at Sea.  And from their the subjects are endless. You can write your own ‘Good Tidings and Great Joy: Protecting the Heart of Christmas’ (Kindle) like Sarah Palin; The Romney Family Table: Sharing Home-Cooked Recipes & Favorite Traditions (Kindle), like Ann Romney or Dear Chandler, Dear Scarlett: A Grandfather’s Thoughts on Faith, Family, and the Things That Matter Most (Kindle), like Mike Huckabee.

Here is a short article by Hugh Hewitt along the same vain that I thought I’d share:

Since you are reading this, the odds are high that Christmas morning rituals are past, and perhaps even food and football. Now you are meandering through the day in a haze of good cheer or at least shaken-off disappointment or amused amazement at the gift-giving instincts of Uncle Jack.

Much as any columnist hates to say it, for most of you there is a better use of your time. If you have an aging mom or dad, or an elderly relative of any sort under the roof, you’ve got a novel in your living room, and I hope you take some time to at least skim its table of contents today.

On Tuesday’s radio show, I was giving away a few gift cards for Proflowers.com. The winners were callers recounting their worst Christmas present ever, or the one they never got. My pal Mary Katharine Ham never got the Play-Doh factory. Caller Dana recalled how an aunt had assumed he was among the nieces, and while his brothers and male cousins received GI Joes, he got a Polly Pocket, and was promptly nicknamed “Polly” by his male kin for a few seasons.

And then there was Rose Marie, a 79 year old, life long Clevelander, whose call amused and touched many in the audience. You can listen to the entire call here thanks to my producer Duane. Go ahead, take the time. It is worth it.

I had heard of other Depression Christmases from my parents when they were alive, and of course of many other stories from hard times long ago. When my dad and father-in-law were with us, we could also count of a few stories from the war years or the ’50s. Now the Woodstock references of the Boomers are eliciting groans from the youngest members of the family.

Time is marching on, and with it all the familiar stories. But chances are you haven’t really heard them in a long time, if ever. Chances are your Rose Marie is honored and served, but rarely listened to at length, much less made the focus of a family conversation.

My suggestion is that you give it a try, but do so with a purpose. See if you can’t keep Aunt Joan or Gramps focused on the story of their lives, so that at the end of an hour, you know the outline of their life –where they were born, where they lived, the names of their school and favorite teachers, and whether they had a pet and where they had their first kiss.

The older the story-teller, the more patient the audience must be, but the pay-off should be a page of dates and notes, the barest outline of a life. With any luck or skill in listening, you will uncover the central drama –the girl that got away but then was gotten back, the battle which claimed a buddy but not your guest, the business that failed and the new start that followed, the illness that was conquered.

The reason that Rose Marie touched so many people was that she told her story in eight short minutes, and it included a long arc and a few poignant moments. There’s a Rose Marie in many homes today, with amazing stories to tell.

But first, you have to ask.~

Material for your book is all around you.  You just have to ask, look and remember!

How The Grinch Stole Healthcare

The Best Part of the Christmas Season – Love, Charity, and Kindness – WoC 2013

Still Think There Is No War on Christmas – WoC 2013

In Defense of the Truth and Megyn Kelly – WoC 2013

Some Fun Christmas Pet Photos From 2013 and Years Past

There are some great books out for Christmas this year: ‘Good Tidings and Great Joy: Protecting the Heart of Christmas’ (Kindle), The Romney Family Table: Sharing Home-Cooked Recipes & Favorite Traditions (Kindle) and Dear Chandler, Dear Scarlett: A Grandfather’s Thoughts on Faith, Family, and the Things That Matter Most (Kindle) Plus: Losing Our Religion(Kindle) by atheist S. E. Cupp,  The United States vs. Santa Claus: The Untold Story of the Actual War on Christmas (Kindle) and Culture Warrior (Kindle)

I am a babyboomer and empty nester who savors every moment of my past and believes that it is the responsibility of each of us in my generation and Americans in general to make sure that America is as good or even a better place for future generations as it was for us. So far... we haven't done very well!! Favorite Quotes: "The first 50 years are to build and acquire; the second 50 are to leave your legacy"; "Do something that scares you every day!"; "The journey in between what you once were and who you are becoming is where the dance of life really takes place". At age 62 I find myself fighting inoperable uterine Cancer and thanks to the man upstairs and the prayers from so many people including many of my readers from AskMarion and JustOneMorePet... I'm beating it. After losing our business because of the economy and factors related to the re-election of President Obama in 2012 followed by 16-mos of job hunting, my architect-trained husband is working as a trucker and has only been home approximately 5-days a month since I was diagnosed, which has made everything more difficult and often lonely... plus funds are tight. Our family medical deductible is 12K per year for two of us; thank you ObamaCare. But thanks to donations from so many of you, we are making ends meet as I go through treatment while taking care of my father-in-law who is suffering from late stage Alzheimer's and my mother-in-law who suffers from RA and onset dementia as well as hearing loss, for which there are no caretaker funds, as I continue the fight here online to inform and help restore our amazing country. And finally I need to thank a core group of family, friends, and readers... all at a distance, who check in with me regularly. Plus, I must thank my furkids who have not left my side through this fight. You can see them at JustOneMorePet.
View all posts by Ask Marion →
This entry was posted in Books, Family and Friends, Fun, Fun and Happiness, History, Holidays, Knowledge Is Power, Photos and Pictures, Remembering, Thoughts ..., Tradition. Bookmark the permalink.

7 Responses to Everyone Has at Least One Book in Them, Between Christmas and New Years is a Good Time to Start Yours – WoC 2013