The best Christmas gifts are often things handmade whose giving was often caused by financial scarcity or those that take some special thought. 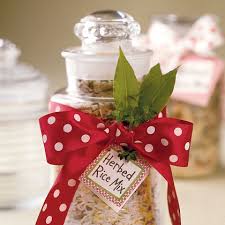 Earlier in the season we featured an article entitled Best Christmas Gifts as part of our ‘The War on Christmas (and religion) verses the Spirit of Christmas Series at AskMarion, which includes some cleaver examples and ideas for gifts on a budget.

Here is a great story of thoughtfulness featured lately on the Daily Kos – Our best Christmas ever by Gerry Scorse:

My wife and I love Christmas in New York. She’s Jewish and never had  a proper Christmas until gentile me came along. I grew up Catholic and left the church in my early 20s, but the holiday still holds me tight. I cherish the childhood memories: the joy in the air, the trees aglow with lights, midnight Mass, the choir singing “hail to the newborn king,” lifting me out of myself and taking me to another place.

So when I say “our best Christmas ever,” I’m going deep (especially for me). Come along and see why.

Christmas Day 2012, our older son Jason was in from California. Joining us was our younger son Daniel from Brooklyn and his toddler son Ari, a year and four months, our first grandchild. We live just across the street from Central Park. When the kids suggested we take a stroll in the park, we quickly agreed.

Where we live, you enter the park at Boys’ Gate and West 100th Street. There’s a sidewalk leading into the park, and the five of us started off. Not far in, if you hang a left, there are three benches. We’d just started walking, so I was surprised when our older son said we should turn left; okay, sure.

And there, on the upper slat of the middle bench, was a mounted silver plaque with black lettering. There were three lines, unpunctuated. This is what they said:

Our sons knew, of course, that we regularly walk in Central Park, five days on and one off. We’re among the early birds, emphasis on the plural; you’d be surprised how many people are out by 6 or 6:15, putting in the miles.

Now, starting out and coming home, we have the extra pleasure of seeing the surprise that gave us our best Christmas ever.

Our children got their dad a plaque at Angel Stadium: The Ultimate Fan.  It put one of the biggest smiles on his face that I‘ve ever seen.

And for you last minute gifters… homemade gift certificates for things like a monthly home-cooked meal, (your own) cookie of the month club, or a “No Excuse Needed” card that can be used at any time when someone wants to flake-out on plans.  Homemade cookies or breads or jars filled with the dry cookie or brownie ingredients with an attached recipe also make great gifts. Or helping someone with pet food, gas to fill up their car or groceries for Christmas dinner is a fabulous gift.

And then there are the gifts of memories… wisdom… and knowledge… many of which are lost if we don’t make it a point to share them!

Many services and stores can print a collage of photos, even at the least minute. Or putting together a photo show on your computer and downloading it onto photos frames, that are often on sale before Christmas, for your whole family or group of friends, is a great gift.  Some of you good with your phones and editing tools can put together snippets of movies or photos you’ve take and show it on the TV or computer at your Christmas gathering and then can send of make everyone a copy to keep after Christmas Day.  Some of you can write up a quick family history or a story about a special event and print it out on holiday or special paper.

And then there is the gift of knowledge that you can share.  There is a long list of great books and even some DVD’s of informative movies  that came out this year or old classics that you can give… and perhaps even set up a book or movie club type meeting later to discuss; a great way to extend the holiday festivities.

(I suggest printed books instead of electronic versions):

The Black Book of the American Left: The Collected Conservative Writings of David Horowitz (Kindle)

Miracles and Massacres: True and Untold Stories of the Making of America (Kinclle)

Dear Chandler, Dear Scarlett: A Grandfather’s Thoughts on Faith, Family, and the Things That Matter Most (Kindle)

Collusion: How the Media Stole the 2012 Election—and How to Stop Them from Doing It in 2016 (Kindle)

How Obama Betrayed America….And No One Is Holding HIm Accountable (Kindle)

Life Inside the Bubble: Why a Top-Ranked Secret Service Agent Walked Away from It All (Kindle)

David and Goliath: Underdogs, Misfits, and the Art of Battling Giants (Kindle)

History Decoded: The 10 Greatest Conspiracies of All Time (Kindle)

The United States vs. Santa Claus: The Untold Story of the Actual War on Christmas (Kindle)

The Flipside of Feminism: What Conservative Women Know — and Men Can’t Say (Kindle)

Manning Up: How the Rise of Women Has Turned Men into Boys (Kindle)

The Book of Eli [Blu-ray]

SPECIAL: Jacqueline Kennedy – In Her Own Words: Released 9/13/11

The Best Part of the Christmas Season – Love, Charity, and Kindness – WoC 2013

Still Think There Is No War on Christmas – WoC 2013

In Defense of the Truth and Megyn Kelly – WoC 2013

I am a babyboomer and empty nester who savors every moment of my past and believes that it is the responsibility of each of us in my generation and Americans in general to make sure that America is as good or even a better place for future generations as it was for us. So far... we haven't done very well!! Favorite Quotes: "The first 50 years are to build and acquire; the second 50 are to leave your legacy"; "Do something that scares you every day!"; "The journey in between what you once were and who you are becoming is where the dance of life really takes place". At age 62 I find myself fighting inoperable uterine Cancer and thanks to the man upstairs and the prayers from so many people including many of my readers from AskMarion and JustOneMorePet... I'm beating it. After losing our business because of the economy and factors related to the re-election of President Obama in 2012 followed by 16-mos of job hunting, my architect-trained husband is working as a trucker and has only been home approximately 5-days a month since I was diagnosed, which has made everything more difficult and often lonely... plus funds are tight. Our family medical deductible is 12K per year for two of us; thank you ObamaCare. But thanks to donations from so many of you, we are making ends meet as I go through treatment while taking care of my father-in-law who is suffering from late stage Alzheimer's and my mother-in-law who suffers from RA and onset dementia as well as hearing loss, for which there are no caretaker funds, as I continue the fight here online to inform and help restore our amazing country. And finally I need to thank a core group of family, friends, and readers... all at a distance, who check in with me regularly. Plus, I must thank my furkids who have not left my side through this fight. You can see them at JustOneMorePet.
View all posts by Ask Marion →
This entry was posted in Books, Choices, Dumbing Down of America, Economy and Money, Family and Friends, Fun, Fun and Happiness, Holidays, Joy, Knowledge Is Power, Religion and Faith. Bookmark the permalink.

16 Responses to Last Minute, Budget and Gifts of Thoughtfulness – WoC 2013