Yes, once again, It’s time to present this week’s statuette of shame, The Golden Weasel!!

Every Tuesday, the Council nominates some of the slimiest, most despicable characters in public life for some deed of evil, cowardice or corruption they’ve performed. Then we vote to single out one particular Weasel for special mention, to whom we award the statuette of shame, our special, 100% plastic Golden Weasel. This week’s nominees were all particularly slimy and despicable, but the votes are in and we have our winner… the envelope please… 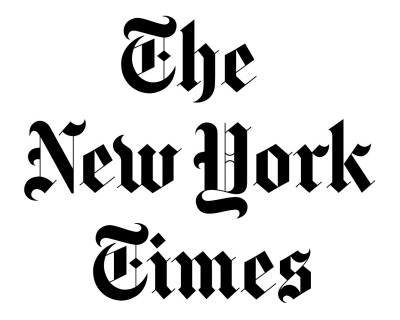 Ted Cruz has a brand new book out, “A Time for Truth: Reigniting the Promise of America,” published on June 30. Unlike most of these sort of books, it’s an autobiography Ted Cruz wrote himself sans ghostwriter, and it really does give you an understanding of whom he is, what he believes and why. And it’s also a pretty good read.

The book sold 11,854 copies in its first week, according to Nielsen Bookscan’s hardcover sale numbers. That’s more than 18 of the 20 titles that appeared on the New York Time’s bestseller list for the week ending July 4. Aziz Ansari’s “Modern Romance,” which was #2 on the list, sold fewer than 10,000 copies. Ann Coulter’s “Adios, America,” at #11, sold just over half as many copies that week.It is currently #4 on the Wall Street Journal hardcover list, #4 on the Publisher’s Weekly hardcover list, #4 on the Bookscan hardcover list, and #1 on the Conservative Book Club list.

Ted Cruz’s book did not appear on the New York Time’s bestseller list at all and still hasn’t even though it’s still selling in the top five.

When Harper Collins inquired why the Times was  the Cruz book, they were told by Times spokesmouth Eileen Murphy that the book “didn’t meet our standards for inclusion.”

“Our goal is that the list reflect authentic best sellers, so we look at and analyze not just numbers, but patterns of sales for every book.” She then accused Harper Collins of arranging bogus bulk sales, claiming that “the overwhelming preponderance of evidence was that sales were limited to strategic bulk purchases,”

No less than Amazon,  the largest Internet retailer in the country outed this for the horse manure it was:

“As of yesterday, ‘A Time for Truth’ was the number 13 best-selling book, and there is no evidence of unusual bulk purchase activity in our sales data,” Sarah Gelman, Amazon’s director of press relations, said in an email.

Amazon’s findings match those of HarperCollins, the book’s publisher, which said Friday that it had “investigated the sales pattern” for Cruz’s book and found “no evidence of bulk orders or sales through any retailer or organization.” Moments after that announcement, Cruz’s campaign issued a press release accusing the Times of lying and calling on the paper to provide evidence of bulk purchasing or else formally apologize.

“The Times is presumably embarrassed by having their obvious partisan bias called out. But their response — alleging ‘strategic bulk purchases’ — is a blatant falsehood,” Cruz campaign spokesperson Rick Tyler said in a statement Friday. “The evidence is directly to the contrary. In leveling this false charge, the Times has tried to impugn the integrity of Senator Cruz and of his publisher HarperCollins.”
Ironically, according to Keith Urbahn, the book’s literary agent,the Times’ weasel actions are actually helping sales.

You know, my father of blessed memory (Z”l) used to have a very Brooklyn expression I can’t repeat here for people who tried to pull this sort of weasel thing and got caught at it. The very pettiness of the action and the easily debunked blatant lie to try and justify it is reminiscent of Hillary Clinton, and the Times handled it the same way she did – stonewalling it as long as possible and then very quietly, without admitting any wrongdoing or really apologizing just moving on:

Times spokesperson Eileen Murphy said that the newspaper made no changes to its selection process, and so the fact that Cruz’s book is being included now suggests a rise in individual purchases, spurred by his public battle with the paper.

“This week’s NYT best seller list was arrived at using the same process as last week’s – and the week before that,” Murphy wrote. “That process involves a careful analysis of data, and is not influenced in any way by the content of a book, or by pressure from publishers or book sellers.”

Have you ever heard such horse manure? Now, after lying about ‘bulk strategic purchases’ as an excuse to blackball Cruz’s book and being outed by the publisher and biggest major retailers as the weasels they are, they finally admit Cruz’s book to their putrid list where it debuts at number 7 rather than number 3 where it  would have had they  allowed it on the list when it first came out. And this is the so-called ‘paper of record.’ If they’d lie about something like this, can you imagine what they lie about when they present ‘the news?’

And this Eileen Murphy…her official title at the Times where she’s worked for the last four and a half years is ‘vice president of corporate communications.’  I know, jobs are hard to come by, but imagine you had to wake up in the morning and mouth these sordid prevarications for a living to earn a paycheck. So I decided to award the Weasel to her, so she can share it with her co-workers. It’ll look great right next to the Jayson Blair portrait, Walter Duranty’s Pulitzer Prize, and other mementos of Time’s history to remind them all of whom they really are every time they look at the Golden Weasel.

Well, there it is.

Check back next Tuesday to see who next week’s nominees for Weasel of the Week are!

Make sure to tune in every Monday for the Watcher’s Forum, and remember, every Wednesday, the Council has its weekly contest with the members nominating two posts each, one written by themselves and one written by someone from outside the group for consideration by the whole Council. The votes are cast by the Council, and the results are posted on Friday morning.

It’s a weekly magazine of some of the best stuff written in the blogosphere, and you won’t want to miss it…or any of the other fantabulous Watcher’s Council content.

I am a babyboomer and empty nester who savors every moment of my past and believes that it is the responsibility of each of us in my generation and Americans in general to make sure that America is as good or even a better place for future generations as it was for us. So far... we haven't done very well!! Favorite Quotes: "The first 50 years are to build and acquire; the second 50 are to leave your legacy"; "Do something that scares you every day!"; "The journey in between what you once were and who you are becoming is where the dance of life really takes place". At age 62 I find myself fighting inoperable uterine Cancer and thanks to the man upstairs and the prayers from so many people including many of my readers from AskMarion and JustOneMorePet... I'm beating it. After losing our business because of the economy and factors related to the re-election of President Obama in 2012 followed by 16-mos of job hunting, my architect-trained husband is working as a trucker and has only been home approximately 5-days a month since I was diagnosed, which has made everything more difficult and often lonely... plus funds are tight. Our family medical deductible is 12K per year for two of us; thank you ObamaCare. But thanks to donations from so many of you, we are making ends meet as I go through treatment while taking care of my father-in-law who is suffering from late stage Alzheimer's and my mother-in-law who suffers from RA and onset dementia as well as hearing loss, for which there are no caretaker funds, as I continue the fight here online to inform and help restore our amazing country. And finally I need to thank a core group of family, friends, and readers... all at a distance, who check in with me regularly. Plus, I must thank my furkids who have not left my side through this fight. You can see them at JustOneMorePet.
View all posts by Ask Marion →
This entry was posted in Asshats, Books, Knowledge Is Power, Lies, Media, Politics, Progressivism and tagged book, LA Times, manipulation, Ted Cruz, Watcher's Council, Weasels. Bookmark the permalink.