I call on the American public to rally Congress against the President’s openly declared threat to implement, by executive order, the amnesty that Congress has rejected:

How Congress chooses to act in the coming hours and days will determine whether the President succeeds in his plan to nullify the immigration laws of the United States.

Just yesterday, TIME magazine reported that the President is considering a grant of ‘work authorization for perhaps several million undocumented immigrants.’ Permitting those illegally present in the U.S. to work and take jobs is contrary to plain law, which the President has no power to change. Yet Democratic members of Congress have openly crowed about these planned executive actions.

It has now been extensively reported that these executive actions will likely expand his Deferred Action program (DACA) to apply to an additional 5–6 million adult illegal immigrants. The existing DACA program has been widely misunderstood. The executive action did not, as The Hill writes today, only result in ‘deferred deportations for young undocumented immigrants.’ Illegal immigrants in the interior of the U.S. have already, as a practical matter, been immune from enforcement under this Administration. DACA applies to individuals up to 30 years of age and provides actual amnesty papers, photo ID, and work permits to illegal immigrants—who can then take any job in America.

The President’s planned executive orders would expand this permitting program to another 5–6 million illegal immigrants. This would effectively end immigration enforcement in America.

No Member—House or Senate, Democrat or Republican—should support any bill with respect to the border crisis that does not include language explicitly prohibiting the Administration from taking such action. Congress must foreclose any possibility of these unlawful executive actions before congressional funding is granted. This is an essential precondition.

The American people have begged and pleaded for years for our laws to be enforced. We have people in our own country living in violence, fear, and poverty every single day. They have demanded an immigration policy that puts their jobs, wages, and communities first. Every citizen should pick up the phone and ask of their congressional representative: where do you stand?

“Days after telling La Raza convention attendees that he is confident President Obama will use executive action to give legal status to millions of immigrants in the United States illegally, Representative Luis Gutiérrez (D., Ill.) predicted that the administration could legalize as many as 5 million people… Gutiérrez said he will meet with White House officials later in the day ‘to negotiate additional terms and avenues the president can use’ through executive action.”

7/17/2014: Daily Caller, Dem Lawmaker: Obama Has Promised To ‘Act Shortly’ By Granting Amnesty To Many Illegals

“Obama told the group [of amnesty advocates] that Boehner had informed him on June 24 there would be no votes on immigration before the midterm election but that he believed there was a good chance a comprehensive bill could pass in the next Congress. The president also told the group that Boehner urged him not to press ahead with executive action because that would make legislating more difficult next year.

Obama told the group, according to those present, his response to Boehner was: ‘Sorry about that. I’m going to keep my promise and move forward with executive action soon.’

In the room, there was something of a collective, electric gasp. The assembled immigration-rights groups had been leaning hard on Obama for months to use executive action to sidestep Congress and privately mocked what they regarded as Pollyanna hopes that House Republicans would budge…

Obama made it clear he would press his executive powers to the limit. He gave quiet credence to recommendations from La Raza and other immigration groups that between 5 million to 6 million adult illegal immigrants could be spared deportation under a similar form of deferred adjudication he ordered for the so-called Dreamers in June 2012…

Obama has now ordered the Homeland Security and Justice departments to find executive authorities that could enlarge that non-prosecutorial umbrella by a factor of 10. Senior officials also tell me Obama wants to see what he can do with executive power to provide temporary legal status to undocumented adults.” 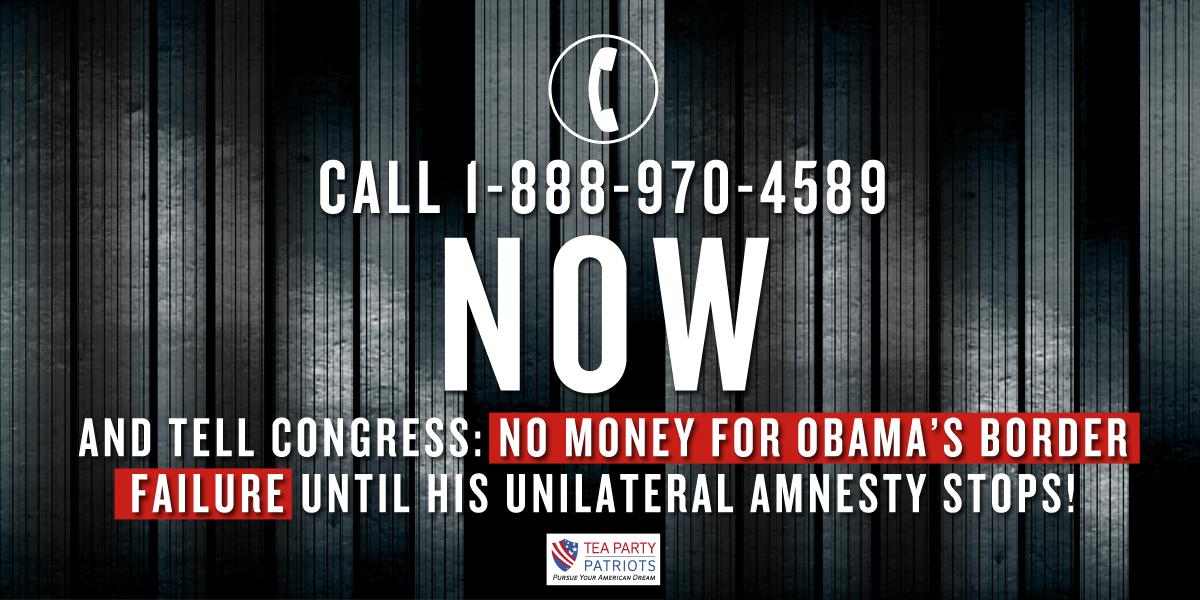 I am a babyboomer and empty nester who savors every moment of my past and believes that it is the responsibility of each of us in my generation and Americans in general to make sure that America is as good or even a better place for future generations as it was for us. So far... we haven't done very well!! Favorite Quotes: "The first 50 years are to build and acquire; the second 50 are to leave your legacy"; "Do something that scares you every day!"; "The journey in between what you once were and who you are becoming is where the dance of life really takes place". At age 62 I find myself fighting inoperable uterine Cancer and thanks to the man upstairs and the prayers from so many people including many of my readers from AskMarion and JustOneMorePet... I'm beating it. After losing our business because of the economy and factors related to the re-election of President Obama in 2012 followed by 16-mos of job hunting, my architect-trained husband is working as a trucker and has only been home approximately 5-days a month since I was diagnosed, which has made everything more difficult and often lonely... plus funds are tight. Our family medical deductible is 12K per year for two of us; thank you ObamaCare. But thanks to donations from so many of you, we are making ends meet as I go through treatment while taking care of my father-in-law who is suffering from late stage Alzheimer's and my mother-in-law who suffers from RA and onset dementia as well as hearing loss, for which there are no caretaker funds, as I continue the fight here online to inform and help restore our amazing country. And finally I need to thank a core group of family, friends, and readers... all at a distance, who check in with me regularly. Plus, I must thank my furkids who have not left my side through this fight. You can see them at JustOneMorePet.
View all posts by Ask Marion →
This entry was posted in Constitution, Get Involved, Knowledge Is Power, manipulation of the public, News and politics, Politics, Stand Up, Wake Up, Watch the Other Hand and tagged amnesty, call Congress, Congress, Constitution, created crisis, creating chaos, DACA, Democrats, destroying America, EO, Executive Orders, Fundamental Transformation, Get Involved, Jeff Sessions, Manufactured Crisis, Obamaland, politics, Progressives, Rep Gutierrez, Rep Raul Grijalva, sovereignty, Ted Cruz, the plan, wake-up America. Bookmark the permalink.

1 Response to SESSIONS: All Americans Must Help Stop Obama’s Dictatorial Threats to Expand Amnesty to Millions