JoshuaPundit: With Harry Reid as Democrat Senate Majority leader, it was easy to predict that the bi-partisan agreement John McCain, Lindsay Graham and the other RINOs who constituted the Gang of 14 back in 2005 when Republicans controlled the Senate would fall apart as soon as the Democrats felt like it and had a majority.

The deal back then was that Bill Frist,then the  GOP Senate Majority leader wanted to change the Senate rules to allow the confirmation of judges by simple majority. McCain and his playmates undercut him with a bi-partisan group of senators that pledged not to use the Nuclear option and change the rules, but to compromise and not filibuster except ‘under extraordinary circumstances’. The Republicans figured that someday they would be in the minority and would want their rights similarly respected.

Harry Reid,the Minority leader at that time thought this was a dandy idea and praised  the compromise  as a true example of bipartisan cooperation.With a straight face, and without busting out laughing.

As soon as the Democrats got the senate majority all that kumbaya stuff went out the window of course. Aside from changing procedural rules to shove through ObamaCare, Reid used the nuclear option in October of 2011 to kill a a post-cloture amendment by a simple majority on the president’s Jobs bill….even though he had to ignore the Senate parliamentarian’s ruling to do it.

Reid now used the nuclear option again to permanently change the senate rules and cut off all filibusters by the minority party, in this case, the Republicans.

The reason is that the Republicans are filibustering judicial appointments to the DC Court of Appeals, which the president wants to pack with radical appointees because its rulings have a significant impact on federal regulatory policy. Even though that court is currently split between Republican and Democrat appointees, our Dear Leader has suffered more than a few defeats there and wants to, shall we say, eliminate the uncertainty.

President Obama’s numbers are rapidly plummeting and as unpopular as ObamaCare is now, it’s going to be even worse next year when the ObamaCare mandates gut the employer-provided group insurance policies the way its hit the individual policies this year. There are 21 Democrat senate seats up for re-election this year,and a lot of them are in Red States, held by incumbents who joined the president in lying to their constituencies about ObamaCare. Add to this the pressure from the ultra-left and the Black Caucus and Harry folded like a cheap tent…

Things could now change, and change significantly. I find it hard to believe that Reid doesn’t realize that if the filibuster isn’t honored as a check and balance, a GOP majority could treat the Democrats exactly the way they’re being treated now, with presidential appointments and legislation being subject to a simple up or down majority vote..which could lead to the undoing of ObamasCare and pretty much everything else Harry Reid and this president have shoved through.
And hyper-partisanship will definitely ramp up, even worse than now. 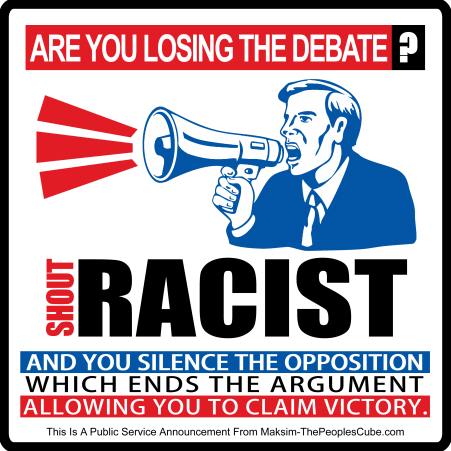 Now this is interesting… It appears that the Congressional Black Caucus was one of the factors putting pressure on Harry Reid to trash the Senate rules and use the nuclear option.

Apparently Melvin Watt (D-NC), one of their members was up to head the Federal Housing Finance Agency which overseas the FHA, and become another Franklin Raines. And Robert L. Wilkins. who is also black, was nominated by President Obama to serve as a judge on the DC Court of Appeals.

Wilkins, just by coincidence, was a classmate of Barack Obama’s at Harvard Law school. He was a appointed by the president in 2010 to to a judgeship on the DC District Court and confirmed by a solid Democrat majority in the Senate less than a month before the new Ssenate elected in the 2010 midterms took over. His views on racial politics and other matters are about what you’d expect from an Obama nominee.

Watt is a well established time server in congress thanks to a racially gerrymandered district, and was formerly the chairman of the CBC. He now belongs to the Progressive Caucus as well as the CBC. Before getting into congress, he was a lawyer who specialized in gaming the federal and state governments for minority set asides and contracts.

He’s on record as being instrumental in stopping a bi-partisan bill calling for an audit of the federal reserve, HR 1207..and apparently he’s not adverse to using racist epithets against white people either, even when it’s one of his fellow ‘progressives’.

He was also formally investigated by the Office of Congressional Ethics for serious ethics violations in 2009 over a series of fundraising events he was involved in, after which he suddenly withdrew proposals he had introduced to subject auto dealers to more stringent regulations. He was cleared on a strictly partisan vote, after which his response was to introduce a bill to slash funding of the Office of Congressional Ethics. In other words, a real credit to congress.

The Republican say their objections to Wilkins are based on legitimate concerns about the need for additional judges on the D.C. Circuit, which is actually overstaffed right now. In the case of Watt, they’re concerned about his qualifications for the job and the belief that oversight of FHA is not the place where any politician should be employed, and especially not one like Watt, since it can, shall we say, be a real moneymaker if you’re not adverse to feathering your personal nest.

“It’s not the controlling point but it’s a factor, no question about it,” Butterfield said. “The fact is, no sitting member of Congress in 150 years has been denied an up-or-down vote on a confirmation. Race has got to be a factor here.”

“It goes without saying,” added Rep. Charles B. Rangel, D-N.Y., another senior member of the CBC. He called Republicans the descendants of Confederates.
“No one makes a big deal of it, but if you’re a fly on the wall in any of their homes — I’ll tell you what: If you track the Confederate Army to the Dixiecrats, to the conversation of the Republicans, to the districts that were affected, you may be dealing with different labels, but if they were ever able to track down their ancestors, there’s a Confederate general in every damn living room.”

Charming. But race – and racial politics – trumps everything for these people. Note what I emphasize here:

Following the Wilkins filibuster, Del. Eleanor Holmes Norton, D-D.C., chairwoman of the CBC’s Judicial Nominations Working Group, released a statement saying she would “lead a strategy discussion at the CBC meeting on Wednesday on moving African American judicial nominees through the Senate.”

One tactic could be an extrapolation of what CBC members are already doing: attack Republican obstruction of Obama’s nominees — particularly African-Americans. That could boost turnout from a critical Democratic voting bloc in 2014 and undercut the GOP’s “big tent” rebranding efforts.

“One of the severe impacts of [the filibusters], and in large part you see this in the Judiciary, is that the Obama administration has been working tirelessly to diversify the bench, and that means women and people of color on the bench,” said Marge Baker, executive vice president of People for the American Way, a liberal advocacy group that tracks judicial nominations. “I think regardless of the motivation, it’s having a disproportionate effect on minorities and people of color, and that’s something to be upset about, and I do think it’s going to have an impact in 2014.”

Yes, it’s all about ginning up turnout in the Democrat’s urban strongholds, without which they can’t win elections. Harry Reid understands that.

As for Ms.Baker, apparently she and the rest of her far Left cohorts over at People For the American Way strongly disagree with Dr. King’s dictum that people should be judged – and appointed to office – on the content of their character, not the color of their skin. That sounds pretty racist to me.

And inconsistent, since Clarence Thomas certainly didn’t get a pass from these people during what he referred to, appropriately, as ‘a high tech lynching’.
So apparently, it’s only certain blacks, like Mel Watt or Robert Wilkins who merit unqualified support based on their race.Thanks to Harry Reid and the CBC, it looks like they’ve achieved it, too.

I am a babyboomer and empty nester who savors every moment of my past and believes that it is the responsibility of each of us in my generation and Americans in general to make sure that America is as good or even a better place for future generations as it was for us. So far... we haven't done very well!! Favorite Quotes: "The first 50 years are to build and acquire; the second 50 are to leave your legacy"; "Do something that scares you every day!"; "The journey in between what you once were and who you are becoming is where the dance of life really takes place". At age 62 I find myself fighting inoperable uterine Cancer and thanks to the man upstairs and the prayers from so many people including many of my readers from AskMarion and JustOneMorePet... I'm beating it. After losing our business because of the economy and factors related to the re-election of President Obama in 2012 followed by 16-mos of job hunting, my architect-trained husband is working as a trucker and has only been home approximately 5-days a month since I was diagnosed, which has made everything more difficult and often lonely... plus funds are tight. Our family medical deductible is 12K per year for two of us; thank you ObamaCare. But thanks to donations from so many of you, we are making ends meet as I go through treatment while taking care of my father-in-law who is suffering from late stage Alzheimer's and my mother-in-law who suffers from RA and onset dementia as well as hearing loss, for which there are no caretaker funds, as I continue the fight here online to inform and help restore our amazing country. And finally I need to thank a core group of family, friends, and readers... all at a distance, who check in with me regularly. Plus, I must thank my furkids who have not left my side through this fight. You can see them at JustOneMorePet.
View all posts by Ask Marion →
This entry was posted in Asshats, Freedom, Knowledge Is Power, manipulation of the public, News and politics, Politics, Wake Up, Watch the Other Hand, You Be the Judge and tagged Bi-Partisan, Black Caucus, CBC, Court-Packing, Elder, filibusters, Harry Reid, John McCain, Kumbaya, liars, Lindsay Graham, Nuclear-Option, ObamaCare, racism, Reid, Rinos, Senate, Wake Up. Bookmark the permalink.