Forum: Should Racially Gerrymandered Districts be Eliminated By Law? 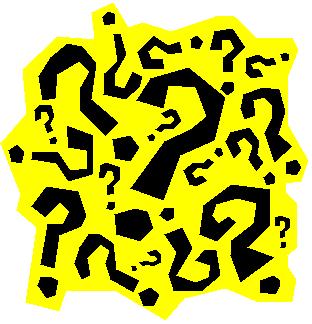 Every week on Monday morning , the Council and our invited guests weigh in at the Watcher’s Forum, short takes on a major issue of the day, the culture, or daily living. This week’s question: Should Racially Gerrymandered Districts be Eliminated By Law?

Ask Marion: Racially motivated gerrymandering should be eliminated. There are no positive benefits from partisan gerrymandering. Districting should be delegated to a nonpartisan commission in each state or by programming a computer that will create districts of equal population that are geometrically compact.

JoshuaPundit:  In some ways, this should be  a Tenth Amendment Issue. In theory, the feds shouldn’t be telling the states how to construct their voting districts, as long as there are no federal issues, such as deliberate obstruction to citizens exercising their voting rights.

However, what’s happened lately is that the Feds have stepped into this with both hands and feet, deliberately obstructing the active duty military vote, fighting legitimate attempts by the states to enact reasonable voter ID laws, refusing to investigate obvious voter fraud for partisan or even racial reasons and even refusing to prosecute blatant voter intimidation, again on a partisan and racial basis.

The current system of racially gerrymandered districts is practiced exclusively by one party, and largely discriminates against whites and Asians. Certainly if whites demanded specially gerrymandered districts ‘to make sure our voices are heard’ they would be denounced, justifiably as racists. It is time this practice was ended, and it should be a matter of federal law.

Nor is the usual argument, that this would somehow deny minorities a voice valid in my view. It has already been amply proven that whites will vote non-whites into office. By allowing these partisan, racially gerrymandered districts, are we somehow implying that blacks and Hispanics are more racist than whites?

This strikes me as the typical Leftist bigotry of low expectation, and in any case, it is simply an unjust  practice.

Well, there you have it!

I am a babyboomer and empty nester who savors every moment of my past and believes that it is the responsibility of each of us in my generation and Americans in general to make sure that America is as good or even a better place for future generations as it was for us. So far... we haven't done very well!! Favorite Quotes: "The first 50 years are to build and acquire; the second 50 are to leave your legacy"; "Do something that scares you every day!"; "The journey in between what you once were and who you are becoming is where the dance of life really takes place". At age 62 I find myself fighting inoperable uterine Cancer and thanks to the man upstairs and the prayers from so many people including many of my readers from AskMarion and JustOneMorePet... I'm beating it. After losing our business because of the economy and factors related to the re-election of President Obama in 2012 followed by 16-mos of job hunting, my architect-trained husband is working as a trucker and has only been home approximately 5-days a month since I was diagnosed, which has made everything more difficult and often lonely... plus funds are tight. Our family medical deductible is 12K per year for two of us; thank you ObamaCare. But thanks to donations from so many of you, we are making ends meet as I go through treatment while taking care of my father-in-law who is suffering from late stage Alzheimer's and my mother-in-law who suffers from RA and onset dementia as well as hearing loss, for which there are no caretaker funds, as I continue the fight here online to inform and help restore our amazing country. And finally I need to thank a core group of family, friends, and readers... all at a distance, who check in with me regularly. Plus, I must thank my furkids who have not left my side through this fight. You can see them at JustOneMorePet.
View all posts by Ask Marion →
This entry was posted in Elections, Politics, Thoughts ... and tagged Forums, Gerrymandering, laws, Watcher's Council. Bookmark the permalink.