Sarah Palin is the perfect foil to take on Hillary Clinton 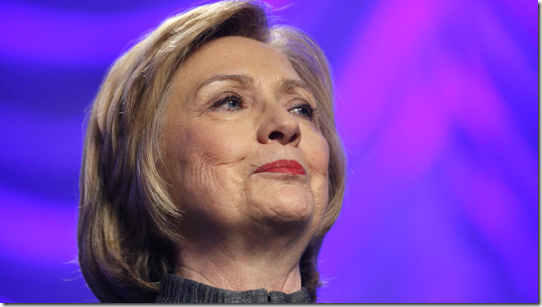 Why not? The GOP needs women on the ticket for many reasons, not least because it steals the Democratic Party’s thunder. They want to be the “first” at breaking cultural barriers and glass ceilings. With Hillary Clinton expected to be their front-runner in 2016, they’ll use her gender as a tactic to gin up support from their base — especially female voters.

It’s imperative Republicans put forward their own female leaders for the presidential ticket to counter that Democratic message.

Yes, Sarah Palin was bludgeoned in the 2008 race by the Democratic machine, which tried to discredit her unfairly and turn her into a cartoon figure. But Americans — especially Republicans — understand the game. There’s a double standard in gender politics.

If you’re a female leader on the Democratic ticket, you’re a “hero” regardless of how many times you put your foot in your mouth, embarrass yourself or worse.

We haven’t forgotten Hillary Clinton saying that we should empathize with our enemies or that businesses and corporations don’t really create jobs. Both absurd statements that should disqualify any candidate — male or female — from any race, never mind the top slot.

But if you’re a female conservative? Watch out! Liberals will pounce and do everything they can to marginalize a conservative woman who runs for office no matter how educated, or talented, or accomplished she is. Liberals only “tolerate” others if they agree with them and follow their agenda.

Skeptics will say Sarah Palin doesn’t have a chance in the GOP race because she’s too polarizing. But what about Hillary Clinton and U.S. Sen. Elizabeth Warren? They’re polarizing too, with supporters and haters in equal measure.

The reality is Sarah Palin draws huge crowds at speaking engagements, has millions of social media followers and just as many supporters across the nation.

Hilary Clinton has been giving speeches to half-filled rooms.

If Sarah Palin chooses to throw her proverbial hat in the ring for 2016, there’s no doubt she’d make the race exciting and bring a welcome woman’s point of view to the GOP field.

Adriana Cohen is co-host of  “Boston Herald Drive” on WMEX 1510 AM weekdays from 7-9 a.m. Follow Adriana on Twitter  @AdrianaCohen16.

It Does Make A Difference To Hillary… Now

GOP Poll: Sarah Palin, Not Yet a Contender, Most Liked by GOP for 2016

Sarah Palin: Obama is a LIAR ON ENERGY

Sarah Palin: Would Love to See Two Women Run in 2016

I am a babyboomer and empty nester who savors every moment of my past and believes that it is the responsibility of each of us in my generation and Americans in general to make sure that America is as good or even a better place for future generations as it was for us. So far... we haven't done very well!! Favorite Quotes: "The first 50 years are to build and acquire; the second 50 are to leave your legacy"; "Do something that scares you every day!"; "The journey in between what you once were and who you are becoming is where the dance of life really takes place". At age 62 I find myself fighting inoperable uterine Cancer and thanks to the man upstairs and the prayers from so many people including many of my readers from AskMarion and JustOneMorePet... I'm beating it. After losing our business because of the economy and factors related to the re-election of President Obama in 2012 followed by 16-mos of job hunting, my architect-trained husband is working as a trucker and has only been home approximately 5-days a month since I was diagnosed, which has made everything more difficult and often lonely... plus funds are tight. Our family medical deductible is 12K per year for two of us; thank you ObamaCare. But thanks to donations from so many of you, we are making ends meet as I go through treatment while taking care of my father-in-law who is suffering from late stage Alzheimer's and my mother-in-law who suffers from RA and onset dementia as well as hearing loss, for which there are no caretaker funds, as I continue the fight here online to inform and help restore our amazing country. And finally I need to thank a core group of family, friends, and readers... all at a distance, who check in with me regularly. Plus, I must thank my furkids who have not left my side through this fight. You can see them at JustOneMorePet.
View all posts by Ask Marion →
This entry was posted in Choices, Elections, News and politics, Politics, Thoughts ..., You Be the Judge and tagged 2016 Election, Eletion 2016, Hillary, Hillary Clinton, Palin, Palin Can Win, Palin vs. Clinton, Sarah Palin. Bookmark the permalink.