Our president and John Kerry have blood on their hands.

Ninety minutes into the ceasefire they forced Israel into Hamas fighters emerged from a tunnel shaft, and detonated a suicide bomb near a group of soldiers from the Givati Brigade.

Two of them, Major Benaya Sarel, 26, from Kiryat Arba, and St.-Sgt. Liel Gidoni (HY”D), 20 from Jerusalem were killed. 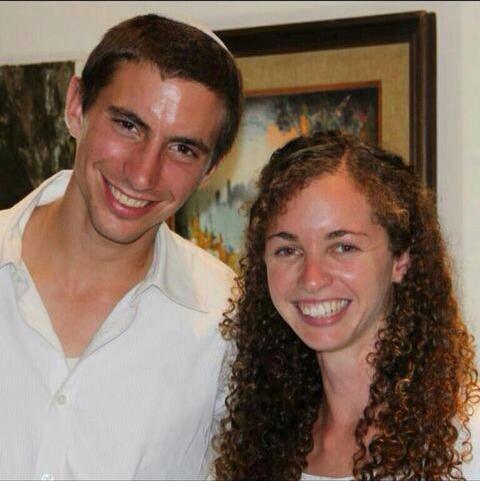 Second Lt. Hadar Goldin, a 23-year-old Givati officer from Kfar Saba pictured above is presumed kidnapped by the IDF. The families have all been notified.

We are conducting extensive searches in S. Gaza in order to find a missing IDF soldier. We suspect the soldier was kidnapped by Hamas today

The IDF said the incident occurred at 9:30 a.m.

This tragedy  is the fault of President Obama, John Kerry and the UN. It was they who pressured Israel into a ceasefire with Hamas, they who insisted on protecting a terrorist group, they who are actively funding, aiding and abetting evil.

“The Israelis of course are reporting this morning that that ceasefire was broken,” White House spokesman Josh Earnest told CNN. “And that apparently Hamas individuals used the cover of a humanitarian ceasefire to attack Israeli soldiers and even to take one hostage. That would be a rather barbaric violation of the ceasefire.”

As if he and the White House don;t know what happened? As if what Israel is reporting is open to question, equal to anything Hamas might say? And isn’t the White House spokeshole paying attention to  what a member of his own administration had to say? Like the White House’s Deputy National Security Adviser Tony Blinked?

“This is an outrageous action and we look to the rest of the world to join us in condemning it,” he told MSNBC television.

Even John Kerry admitted that he was used as a tool by Hamas, as the Washington Post reported:

Kerry condemned the killing of the two soldiers and the abduction of the officer as “an outrageous violation of the cease-fire negotiated over the past several days, and of the assurances given to the United States and the United Nations.” In a statement issued after the phone conversation with Netanyahu, he called on Hamas to release the captive immediately and unconditionally.

Apparently Secretary Kerry remains clueless. Hamas doesn’t care about loss of civilian life in Gaza. In fact, they welcome it for propaganda purposes. They  care about killing Jews.

And the Israeli reaction?

“The cease-fire is over,” said Lt. Col. Peter Lerner, a senior spokesman for the Israel Defense Forces. Ground operations will continue, he said, “and our aircraft are in the sky as we speak.”

The long term ceasefire the Israelis were prepared to negotiate in good faith in Egypt? That’s over too.

My suspicion is that Hamas has been in contact with Hezbollah. Iran has given probably given Hezbollah permission to attack while  Israel is engaged with Hamas, because Iran wants the world diverted form its rogue nuclear weapons program. Meanwhile, Abbas and Fatah will continue with lawfare and coordinated terrorist incidents in Israel, Judea and Samaria.

If I’m right, this war is going to settle a few things. And it should.

Let UNRWA talk their Hamas buddies into releasing civilians into their care and get them the hell out of the way,because I have no more love to give. You can’t make peace with Amalek.

Release the Lion of Judah. FINISH IT.

Forum: What Should Israel Do About Gaza?

Obama Betrays Israel In A Last Ditch Effort To Save Hamas

I am a babyboomer and empty nester who savors every moment of my past and believes that it is the responsibility of each of us in my generation and Americans in general to make sure that America is as good or even a better place for future generations as it was for us. So far... we haven't done very well!! Favorite Quotes: "The first 50 years are to build and acquire; the second 50 are to leave your legacy"; "Do something that scares you every day!"; "The journey in between what you once were and who you are becoming is where the dance of life really takes place". At age 62 I find myself fighting inoperable uterine Cancer and thanks to the man upstairs and the prayers from so many people including many of my readers from AskMarion and JustOneMorePet... I'm beating it. After losing our business because of the economy and factors related to the re-election of President Obama in 2012 followed by 16-mos of job hunting, my architect-trained husband is working as a trucker and has only been home approximately 5-days a month since I was diagnosed, which has made everything more difficult and often lonely... plus funds are tight. Our family medical deductible is 12K per year for two of us; thank you ObamaCare. But thanks to donations from so many of you, we are making ends meet as I go through treatment while taking care of my father-in-law who is suffering from late stage Alzheimer's and my mother-in-law who suffers from RA and onset dementia as well as hearing loss, for which there are no caretaker funds, as I continue the fight here online to inform and help restore our amazing country. And finally I need to thank a core group of family, friends, and readers... all at a distance, who check in with me regularly. Plus, I must thank my furkids who have not left my side through this fight. You can see them at JustOneMorePet.
View all posts by Ask Marion →
This entry was posted in Choices, Knowledge Is Power, Military, News and politics, Politics, Religion and Faith, Wake Up, You Be the Judge and tagged choices, Gaza, Hamas, Israel, John Kerry, Middle East, Obama, War. Bookmark the permalink.