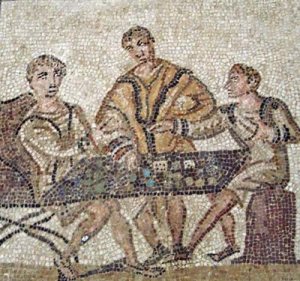 Alea iacta est…The Council Has Spoken!, the votes have been cast, and we have the results for this week’s Watcher’s Council match up.

“BREATHES there the man with soul so dead,
Who never to himself hath said,’This is my own, my native land!’… – Sir Walter Scott, Innominatus

Terresa over at The Noisy Room has been all over the story of what’s going on at our southern border, and her winning essay, Orchestrated Invasion – The Eradication Of America’s Borders is a great read that examines what’s going on in depth and shows exactly how it happened, who’s responsible and where we’re headed unless we fix it. Here’s a slice:

If you had any doubts whatsoever that the whole border crisis was planned, this should fix that. Obama and Biden will meet with Central American leaders next week at the White House to discuss promoting legal, orderly migration. In essence, they will discuss the eradication of our borders, the end of American sovereignty and the furtherance of a collaborative, communist plan to redistribute wealth, people, assets and to create, in the end, a North American Union.

America, you have been betrayed by your leaders and your country is in the final stages of a destructive conspiracy that benefits a few elitist Marxists and destroys your liberty forever. How’s that hope and change working for you now?

For decades, US corrupt officials have sent billions to Central and South America to line the pockets of corrupt officials there. The thought was that it would placate them and keep them from attacking us, but that only makes your enemies hate you more. Virtually every country there is now ruled by a Communist and/or dictator. We have declared the Monroe Doctrine dead and now Russia, China and Iran are moving into our backyard en force.

For those who missed what the Monroe Doctrine was all about, it was basically a declaration that those Latin-American nations which had declared themselves independent should be free from European interference and aggressive colonization. America had only recently achieved her own independence and considered “any attempt on their part to extend their system to any portion of this hemisphere as dangerous to our peace and safety.” Declaring the Monroe Doctrine “dead” basically says, “we no longer care about our national security, so we invite our aggressively colonial buddies — communist and otherwise — to subvert and conquer our Southern neighbors.”

Instead of fighting back against an ever growing terrorist threat, Obama and Biden are enabling them by actively recruiting a precursory invasion force of so-called children in the 10′s of thousands to come across our border, using American’s heart strings as a garrote to strangle us with. Obama is then shipping them to every corner of the country and then the real invasion comes when the families follow by the millions, changing the voting demographic in America once and for all, ensuring Marxist control no matter what happens here. Obama has three years left to finish the destruction of America and it is right on schedule. Now, he goes to meet leaders who have signed agreements to fast-track this atrocity. Faster, faster pussycat… kill.

(The Hill) –President Obama and Vice President Biden will meet with the presidents of Guatemala, Honduras and El Salvador on July 25, the White House announced on Friday.

Obama and Biden will meet with President Otto Pérez Molina of Guatemala, President Salvador Sánchez Cerén of El Salvador and President Juan Hernández of Honduras, to discuss the recent surge of migrants across the U.S. border.

In the meeting, the leaders will discuss how the governments are “cooperating to promote safe, legal, and orderly migration” between the countries “in a spirit of shared responsibility” including “with respect to the return of family units,” a process which began this week for the three Central American countries, according to the White House.

The meeting is also expected to include discussions on how the countries can work together to bolster economic growth and development along with security in the central American region as well as address the “factors” that are causing the migrants to attempt to cross the border.

Everything about this incursion reeks of evil. Obama is directly involved in human trafficking, the heartless deaths of who knows how many children, rape, murder, the importation of deadly infectious diseases, gangs, drugs and weapons and the furtherance of the spread of poverty and misery throughout the United States. Obama hates America and wants her brought to her colonial knees. This is his gift to us – the gift of death, destruction and slavery.

In our non-Council category, the winner was Sultan Knish with It’s Another “Death to the Jews” Weekend submitted by The Noisy Room. It’s interesting that Knish’s piece and the second place winner, Mark Steyn’s – Fields Of Blood submitted by Bookworm Room cover very similar ground but from different aspects, with the Sultanfocusing on a more narrow canvas while Steyn broadens his. Great reads and recommended, both of ‘em.

Here are this week’s full results:

I am a babyboomer and empty nester who savors every moment of my past and believes that it is the responsibility of each of us in my generation and Americans in general to make sure that America is as good or even a better place for future generations as it was for us. So far... we haven't done very well!! Favorite Quotes: "The first 50 years are to build and acquire; the second 50 are to leave your legacy"; "Do something that scares you every day!"; "The journey in between what you once were and who you are becoming is where the dance of life really takes place". At age 62 I find myself fighting inoperable uterine Cancer and thanks to the man upstairs and the prayers from so many people including many of my readers from AskMarion and JustOneMorePet... I'm beating it. After losing our business because of the economy and factors related to the re-election of President Obama in 2012 followed by 16-mos of job hunting, my architect-trained husband is working as a trucker and has only been home approximately 5-days a month since I was diagnosed, which has made everything more difficult and often lonely... plus funds are tight. Our family medical deductible is 12K per year for two of us; thank you ObamaCare. But thanks to donations from so many of you, we are making ends meet as I go through treatment while taking care of my father-in-law who is suffering from late stage Alzheimer's and my mother-in-law who suffers from RA and onset dementia as well as hearing loss, for which there are no caretaker funds, as I continue the fight here online to inform and help restore our amazing country. And finally I need to thank a core group of family, friends, and readers... all at a distance, who check in with me regularly. Plus, I must thank my furkids who have not left my side through this fight. You can see them at JustOneMorePet.
View all posts by Ask Marion →
This entry was posted in Choices, Common Sense, Communication, Conservatives, Constitution, Freedom, History, Knowledge Is Power, Lies, low-informed voters, manipulation of the public, Media, News and politics, Politics, Progressivism, Stand Up, Thoughts ..., Wake Up, Watch the Other Hand, You Be the Judge and tagged alternative media, bloggers, Blogoshpere, collection of articles, Get Involved, Immigration, Israel, Middle East, news, news nuggets, politics, The Clintons, the plan, Thoughts, Watcher's Council. Bookmark the permalink.

1 Response to The Council Has Spoken!! This Weeks’ Watcher’s Council Results