Pew Research is a non-partisan, self founded arm of the Pew Foundation who does polls and surveys both in America and overseas. Their most recent one is part of their Religion In Public Life project, and is entitled, ‘How Americans Feel About Religious Groups.’

A number of questions were asked about how people in different groups feel about other religious groups, and even atheists were included as both subjects for others and as respondents.

The results are quite interesting. For instance, according to the poll, the three religious groups ranked on Pew’s ‘thermometer’ as eliciting the warmest and most positive reactions were Jews(63), Catholics (62) and Evangelical Christians (61). The two groups getting the most frigid reactions were atheists (41) and at the bottom of the pile, Muslims (40). members of the groups were allowed to vote on their feelings for their own group..with a giant glaring exception that was a despicable example of political correctness at its worst.

Pew, unlike many of polls these days is wide open about revealing their mechanics..exactly what questions were asked, who was polled, how many of each group were polled, how those polled broke down in terms of party affiliation, age, sex, education, race, etc. They even broke down the results with the responses of the members of a particular group included and the total results among the other groups with the responses of a particular group excluded.
Guess which group they didn’t poll. 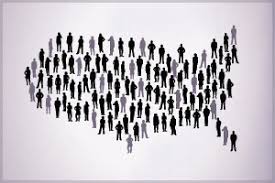 There are over three and a half million Muslims in America, and Pew somehow couldn’t find a reason to interview a single one for their survey.
Why?

It’s well known that a significant number of Muslims are extremely intolerant of Christians, Hindus, and especially Jews, and that the Qu’ran and Hadiths actually promote this. Was Pew afraid of revealing that in their findings?

Were they afraid that revealing it might even spark a lower rating for Muslims the next time out?

Or was it merely an attempt to show Christians and Jews as intolerant of Islam while not revealing how intolerant of other faiths many Muslims are?

Pew might try to hedge and say that they didn’t interview anyone but Jews or people belonging to Christian groups. So then, why interview people who characterize themselves as atheists and agnostics, around 20% of the poll survey?

And for that matter, why not include Buddhists and Hindus in the survey? Was that an attempt at a cover for Pew’s avoidance of surveying Muslims?

No matter how you slice this, it’s absolutely ridiculous and I’m surprised at Pew, a reputable organization pulling this.

I am a babyboomer and empty nester who savors every moment of my past and believes that it is the responsibility of each of us in my generation and Americans in general to make sure that America is as good or even a better place for future generations as it was for us. So far... we haven't done very well!! Favorite Quotes: "The first 50 years are to build and acquire; the second 50 are to leave your legacy"; "Do something that scares you every day!"; "The journey in between what you once were and who you are becoming is where the dance of life really takes place". At age 62 I find myself fighting inoperable uterine Cancer and thanks to the man upstairs and the prayers from so many people including many of my readers from AskMarion and JustOneMorePet... I'm beating it. After losing our business because of the economy and factors related to the re-election of President Obama in 2012 followed by 16-mos of job hunting, my architect-trained husband is working as a trucker and has only been home approximately 5-days a month since I was diagnosed, which has made everything more difficult and often lonely... plus funds are tight. Our family medical deductible is 12K per year for two of us; thank you ObamaCare. But thanks to donations from so many of you, we are making ends meet as I go through treatment while taking care of my father-in-law who is suffering from late stage Alzheimer's and my mother-in-law who suffers from RA and onset dementia as well as hearing loss, for which there are no caretaker funds, as I continue the fight here online to inform and help restore our amazing country. And finally I need to thank a core group of family, friends, and readers... all at a distance, who check in with me regularly. Plus, I must thank my furkids who have not left my side through this fight. You can see them at JustOneMorePet.
View all posts by Ask Marion →
This entry was posted in Choices, Politics, polls, Religion and Faith, Wake Up, Watch the Other Hand and tagged Buddhists, Christians, Dhimmi, Hadiths, Hindus, Islam, Jews, manipulation, Muslims, Pew, politics, polls, Qu'ran, religion, Wake Up. Bookmark the permalink.