If a nation expects to be ignorant and free … it expects what never was and never will be. – Thomas Jefferson

And that is where we find ourselves today, a low-informed voting public who must quickly choose between getting involved and educating ourselves or becoming subservient to the ruling elite…

“None are more hopelessly enslaved than those who falsely believe they are free.”  …Johann Wolfgang von Goethe

Not only did Hillary‘s State Department not send enough security for Benghazi and then has continually lied to cover-up her and the President’s mistakes, but she/they Refused to put Boko Haram on the terrorism list … on the foreign terrorist list … What happened to the buck stops with the leader?  Hillary should be in prison… not running for President!!

The Winds of Change are Blowing… the Question is Will You Get Involved… Will you demand answers, the truth?  Special committees in Congress are investigating… support them! 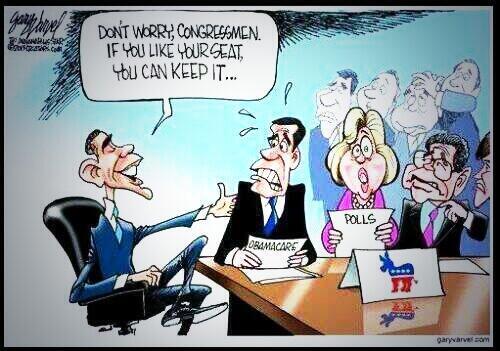 Remember, NY Senator Senator Kirstin Gillibrand (and others) admitted “We All Knew” Prez Was Misleading About ObamaCare (Video)

And even people like former DNC Chair, Howard Dean, have now admitted that Sarah Palin was right and there will be death panels under ObamaCare!

The greatness of a nation and its moral progress can be judged by the way its animals are treated. -Mahatma Gandhi

Book(s) of the Week – Stress Test: Reflections on Financial Crises by Timothy Geithner

Stress Test is coming in with mixed reviews; many feel it is an exercise in re-writing history. Stress Test is the second in a series of three books to come out written by high level insiders.

Just four months ago Defense Secretary Robert Gates’ memoir Duty landed an unexpected punch at the West Wing. Hillary Clinton’s Hard Choices will be the next to spill insider Obama administration details in her memoir.

Read more at:  Rats Deserting a Sinking Ship in Anticipation…

Also in light of the kidnappings in Nigeria by Boco Haram, an important book that every woman should read… Every parent should read… Every Christian, Jew, Believer in Freedom and Patriot should read is:  Sharia-ism is Here: The Battle to Control Women – and Everyone Else. By Joy Brighton

In other national polls, Palin has the highest favorability rating among Republican presidential primary voters. If Sarah does not run in 2016, her influence and potential endorsement could tip the GOP presidential contest as the GOP may be the most split from within in the past 40 years.

I am a babyboomer and empty nester who savors every moment of my past and believes that it is the responsibility of each of us in my generation and Americans in general to make sure that America is as good or even a better place for future generations as it was for us. So far... we haven't done very well!! Favorite Quotes: "The first 50 years are to build and acquire; the second 50 are to leave your legacy"; "Do something that scares you every day!"; "The journey in between what you once were and who you are becoming is where the dance of life really takes place". At age 62 I find myself fighting inoperable uterine Cancer and thanks to the man upstairs and the prayers from so many people including many of my readers from AskMarion and JustOneMorePet... I'm beating it. After losing our business because of the economy and factors related to the re-election of President Obama in 2012 followed by 16-mos of job hunting, my architect-trained husband is working as a trucker and has only been home approximately 5-days a month since I was diagnosed, which has made everything more difficult and often lonely... plus funds are tight. Our family medical deductible is 12K per year for two of us; thank you ObamaCare. But thanks to donations from so many of you, we are making ends meet as I go through treatment while taking care of my father-in-law who is suffering from late stage Alzheimer's and my mother-in-law who suffers from RA and onset dementia as well as hearing loss, for which there are no caretaker funds, as I continue the fight here online to inform and help restore our amazing country. And finally I need to thank a core group of family, friends, and readers... all at a distance, who check in with me regularly. Plus, I must thank my furkids who have not left my side through this fight. You can see them at JustOneMorePet.
View all posts by Ask Marion →
This entry was posted in Choices, Communication, Elections, Freedom, Get Involved, Health and wellness, History, Knowledge Is Power, Patriotism, Pets, Politics. Bookmark the permalink.