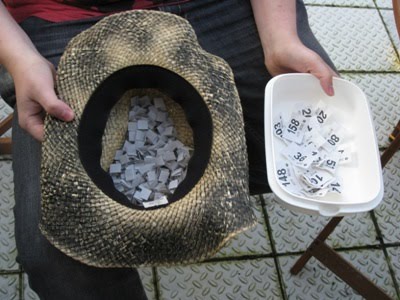 The Council Has Spoken!, the votes have been cast, and the results are in for this week’s Watcher’s Council match up.

Even taking into consideration the normal high level of quality in both the Council and Non-Council entries, this was a tough call with some exceptional pieces to choose from, and the close vote tallies reflects it.

“There is no calamity which a great nation can invite which equals that which follows a supine submission to wrong and injustice and the consequent loss of national self-respect and honor, beneath which are shielded and defended a people’s safety and greatness.” – President Grover Cleveland

“Use your enemy’s hand to catch a snake.” – Persian Proverb 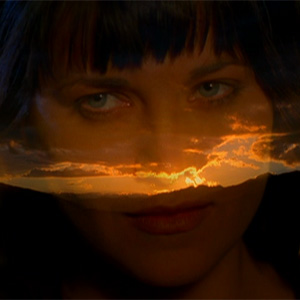 This week’s winner,The Noisy Room’s Iran and the New Axis of Evil looks at the alliance between Iran and Russia and the danger it poses for America. Here’s a slice:

For now we see through a glass, darkly the liaison between Russia and Iran that I have written at length on. As the faux interim nuclear deal between Iran and the world takes effect, Iran is cozying up to Mother Russia and suggesting joint military exercises. How long do we let this progress before America takes steps to stop the New Axis of Evil from crippling us permanently with an EMP, cyber attack or worse?

Middle East officials are stating that the joint naval exercises would take place in May. According to Aaron Klein of WND, Russia has not accepted yet and is still pondering the offer. Right. Do you really think that Russia will rebuff their proxy Iran? Iran and Russia have already agreed to expand ties.

Meanwhile, we move the nuclear-powered aircraft carrier USS Harry S. Truman outside of the Gulf as a gesture of goodwill. This is so the bogus interim nuclear agreement with Tehran can kick in. I’ve got a gesture or two for Iran, for Russia, for China and heck, for Obama… We’re opening our borders and allowing terrorists and spies into the US, we move our battleships away from the enemy to placate them, our country is sharing our personal data and secrets with Russia and the list goes on and on concerning actions that look clearly to me as outright attempts to aid our enemies and to help them bring us to our knees as a nation. It’s like watching Jurassic Park and just knowing the goat is going to get eaten by Trex, but you can’t look away. Hint: we’re the goat.

A week ago, I wrote about Iran’s ships headed towards US maritime borders:

The fleet, which consists of a destroyer and a helicopter-carrying supply ship, shoved off last month from the southern Iranian port city of Bandar Abbas. The ships are carrying some 30 navy academy cadets, supposedly for training, along with their regular crews. Instead of a three hour cruise, these sailors are on a three-month mission. This move is in response to the US naval deployments near its own coastlines. Emboldened by a weak US President and a weakened super power in general, the Iranians are poking the badger with no expectation of the Americans defending themselves. Why should they worry? It’s nukes and EMPs away and the most Obama would do is hit the golf course one more time.

And just as I predicted, what does Obama do? He hits the golf course – again. The EMP threat by this little band of merry Jihadists is not a laughing matter and I am not the only one warning people that the Iranians are coming:

Iran’s surprising decision to move warships off the Atlantic coast poses a potential catastrophic threat to America from a nuclear or electromagnetic pulse attack, according to an expert who foresaw Iran’s move.

Peter Pry, an expert on EMP attacks, said the ships are likely a dry run for a future attack, a maneuver meant to lull Washington into complacency while also embarrassing President Obama and his effort to convince Tehran to give up production of a nuclear bomb in return for a lifting of some economic sanctions.

“Yes, patrols by the Iranian Navy off our coasts could pose threat of a surprise EMP attack,” said Pry, who with others such as former CIA Director R. James Woolsey, has convinced several state legislatures to take moves to harden their electric and energy grids from EMP attack because Washington won’t.
Pry said the ships are probably conducting a test for a future visit from an Iranian freighter that would launch the attack.
[…]
“I and my colleagues, including Reza Kahlili, who warned six months ago that these Iranian patrols were coming, think it more likely Iran would make an EMP attack by launching a missile off a freighter, so they could do the deed anonymously, and escape retaliation,” Pry explained.

“Iran has demonstrated the capability to launch a missile off a freighter. Iran has also purchased Russia’s Club-K missile system. The Club-K is a complete missile launch system, disguised to look like a shipping container, that could convert any freighter into a missile launch platform. The Club-K, if armed with a nuclear warhead, could be used to execute an EMP attack.”

Woolsey recently told Secrets that Iran was just months away from finishing production of their first nuclear bomb.
He also has joined with Pry and others, including Texas Sen. Ted Cruz, in warning about a nuclear blast in the atmosphere that would knock out electric transformers and facilities in the mid-Atlantic.

And we just sit here and watch like none of this is real — like we are untouchable. Except we’re not and our enemies are getting ready not to just reach out and touch us, but clobber us. We have let the enemies within and without grow strong and emboldened, while we dither weakly and whine that we can’t do anything because our politicians won’t let us. This is our country, our government, our military… We better man up and force action here or get ready to face a new dark age.

Much more at the link

In our non-Council category, the winner was Doug Ross@Journal – Dear beautiful America, please, stop moving Forward (Guest Post by Aleksey) submitted by Rhymes with Right. It’s a moving plea from someone who has already seen where we’re headed if we don’t change course and begs us to do so for our freedom’s sake.

Here are this week’s full results. Only Simply Jews was unable to vote this week, but was not subject to the usual 2/3 vote penalty:

I am a babyboomer and empty nester who savors every moment of my past and believes that it is the responsibility of each of us in my generation and Americans in general to make sure that America is as good or even a better place for future generations as it was for us. So far... we haven't done very well!! Favorite Quotes: "The first 50 years are to build and acquire; the second 50 are to leave your legacy"; "Do something that scares you every day!"; "The journey in between what you once were and who you are becoming is where the dance of life really takes place". At age 62 I find myself fighting inoperable uterine Cancer and thanks to the man upstairs and the prayers from so many people including many of my readers from AskMarion and JustOneMorePet... I'm beating it. After losing our business because of the economy and factors related to the re-election of President Obama in 2012 followed by 16-mos of job hunting, my architect-trained husband is working as a trucker and has only been home approximately 5-days a month since I was diagnosed, which has made everything more difficult and often lonely... plus funds are tight. Our family medical deductible is 12K per year for two of us; thank you ObamaCare. But thanks to donations from so many of you, we are making ends meet as I go through treatment while taking care of my father-in-law who is suffering from late stage Alzheimer's and my mother-in-law who suffers from RA and onset dementia as well as hearing loss, for which there are no caretaker funds, as I continue the fight here online to inform and help restore our amazing country. And finally I need to thank a core group of family, friends, and readers... all at a distance, who check in with me regularly. Plus, I must thank my furkids who have not left my side through this fight. You can see them at JustOneMorePet.
View all posts by Ask Marion →
This entry was posted in Big Brother, Choices, Freedom, Get Involved, History, Knowledge Is Power, News and politics, Politics, Remembering, Stand Up, Wake Up, Watch the Other Hand, You Be the Judge. Bookmark the permalink.

2 Responses to The Council Has Spoken!! This Weeks’ Watcher’s Council Results