Snowden Bombshell: Seems he downloaded entire roster of U.S. government – all names, home addresses and other personal info of **all** officials and gov’t employees — including law enforcement — plus bankers, corporate boards of directors and more! 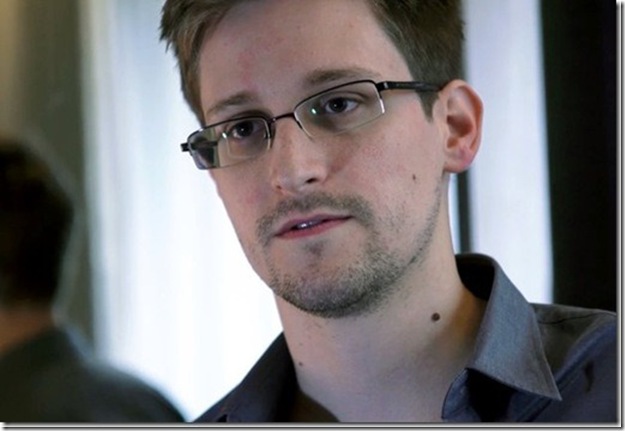 February 6, 2014 — (TRN) — Edward Snowden, the former contractor at the National Security Agency took with him multiple “Doomsday” packages of information when he departed the country and began revealing how intensely the US Government is spying on its own citizens. He has the personal home info for all Elected Officials, Law Enforcement, Judges, Bankers, Corporate Boards of Directors and more!

At a classified briefing for members of Congress which took place on Wednesday, members found out that Snowden took with him:

Snowden has made it clear that if he is arrested, if he vanishes, or if he “dies” from any cause whatsoever, ALL of the information in his possession will be published publicly.

TRN has confirmed that, working through Julian Assange  and his “WikiLeaks” organization, copies of the encrypted data have already been distributed to more than one-thousand, two hundred (1200) web sites around the world.  Those sites have agreed to conceal the information until such time as contact with Snowden is “lost.”  Once contact is lost, the sites have been told they will receive the Decryption keys via CD ROM, E-mail and P2P / Bit-Torrent file transfer.  Once the decryption keys are sent, the sites have been instructed to wait a specific amount of time to confirm Snowden’s disappearance, arrest or death and upon expiration of that time period, to publish the decrypted materials.

Making the situation all the more dire for the government is that Snowden has made clear he will release some of the information under certain “other” circumstances.  For instance, if Martial Law is declared in the US or if any elections are canceled for any reason, all the government employee info goes out.  If an economic collapse takes place, all the Banker/Stock Broker/Commodities Trader information goes out.  If Corporations start hyper-inflating prices, all the information about them, their officers and Board of Directors will go out.

Snowden literally has the most powerful people in the United States in an inescapable stranglehold.  If any of the things articulated above take place, everyone throughout the country will know exactly who to blame and exactly where they live.   One can only speculate that under the right conditions, it might not be long until those responsible for the problems of our country, faced consequences for their actions; consequences delivered one at a time, in the dark of night, when there is no help . . . . and no escape.

Leading members of the House Armed Services Committee emerged from the classified briefing “shocked” at the amount of information he reportedly took with him beyond the NSA surveillance programs.

Rep. Mac Thornberry (R-Texas), chairman of the Armed Service panel’s Intelligence, Emerging Threats and Capabilities Subcommittee and also a member of the House Intelligence Committee, said the briefing on the defense consequences of Snowden’s leaks was “very highly classified,” and therefore details couldn’t be discussed.

Thornberry did say that lawmakers “left the briefing disturbed and angered” after hearing that the leaks by the former Booz Allen Hamilton employee “went well beyond programs associated with the NSA and data collection.”

He characterized the leaks as so severe that they “compromise military capability and defense of the country” and “could cost lives” — while they “will certainly cost billions to repair.”

“His actions were espionage, plain and simple,” Thornberry said.

Armed Services Chairman Buck McKeon (R-Calif.) read his statement rather than making comments on the fly “because of the seriousness of this issue and the sensitivity” of the information they’d just heard.

No matter what opinion people hold of the data collection programs, he added, people should be “shocked and outraged to find that a substantial amount of the information has nothing to do with the NSA.

Inside TAO… NSA Intercepts Your Mail

I am a babyboomer and empty nester who savors every moment of my past and believes that it is the responsibility of each of us in my generation and Americans in general to make sure that America is as good or even a better place for future generations as it was for us. So far... we haven't done very well!! Favorite Quotes: "The first 50 years are to build and acquire; the second 50 are to leave your legacy"; "Do something that scares you every day!"; "The journey in between what you once were and who you are becoming is where the dance of life really takes place". At age 62 I find myself fighting inoperable uterine Cancer and thanks to the man upstairs and the prayers from so many people including many of my readers from AskMarion and JustOneMorePet... I'm beating it. After losing our business because of the economy and factors related to the re-election of President Obama in 2012 followed by 16-mos of job hunting, my architect-trained husband is working as a trucker and has only been home approximately 5-days a month since I was diagnosed, which has made everything more difficult and often lonely... plus funds are tight. Our family medical deductible is 12K per year for two of us; thank you ObamaCare. But thanks to donations from so many of you, we are making ends meet as I go through treatment while taking care of my father-in-law who is suffering from late stage Alzheimer's and my mother-in-law who suffers from RA and onset dementia as well as hearing loss, for which there are no caretaker funds, as I continue the fight here online to inform and help restore our amazing country. And finally I need to thank a core group of family, friends, and readers... all at a distance, who check in with me regularly. Plus, I must thank my furkids who have not left my side through this fight. You can see them at JustOneMorePet.
View all posts by Ask Marion →
This entry was posted in Alerts, Changing Winds, Knowledge Is Power, News and politics, Politics, You Be the Judge. Bookmark the permalink.

180 Responses to Snowden Bombshell: Seems he downloaded entire roster of U.S. government – all names, home addresses and other personal info of **all** officials and gov’t employees — including law enforcement — plus bankers, corporate boards of directors and more!