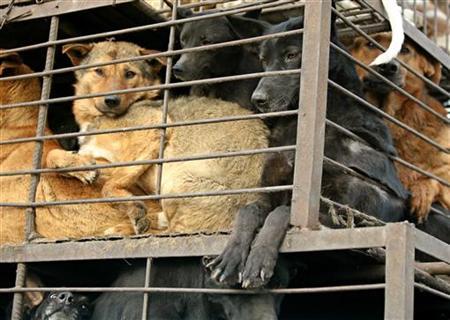 Examiner – Cross-Posted at Just One More Pet (JOMP): According to Friday’s CTV News, in anticipation of the upcoming Olympic games in Sochi, Russia, countless homeless dogs currently roaming the streets are being culled.

Local officials have cited “safety” for visiting guests as the reason for the mass killing; according to the publication, a company has been hired to do the dirty work.

Rescuers in the area are doing their best to get to the stray dogs first…they try to capture the dogs, get them sterilized and vaccinated, and ultimately adopted into homes.

Unfortunately, the number of un-sterilized, stray dogs makes the rescuers’ job difficult – new litters are constantly being born and the killing crews continue on with their dark, unsavory work.

According to USA Today, last April, the government had stated that they were backing off of their plans to kill an estimated 2,000 dogs, but it appears that the dirty work of killing has simply been transferred to a non-government agency.

Just like in China before the Olympics, animals are being killed and abused in Russia.

Dog Meat In Beijing Ordered Off Menu For Olympics

‘Dogs Have The Intelligence of a Human Toddler’