This Raises major questions about what the U.S. was doing in that secretive facility… and it looks worse for Hillary and Obama by the day!

WND: The extensive Senate report on the Sept. 11, 2012, Benghazi attack dropped a major, unreported bombshell: The commander of U.S. forces in Africa was not aware of the existence of the besieged CIA annex.

The staggering detail raises the question of what was transpiring at the fated annex and nearby U.S. special mission and why key members of the Defense Department, including those responsible for responding to emergency situations, were not aware of it.

Questions now must be also raised as to why, on the night of attack, command of an elite unit known as C-110, or the EUCOM CIF, was reportedly transferred from the military’s European command to AFRICOM, or the United States Africa Command.

“With respect to the role of DoD and AFRICOM in emergency evacuations and rescue operations in Benghazi, the Committee received conflicting information on the extent of the awareness within DoD of the Benghazi Annex. According to U.S. AFRICOM, neither the command nor its Commander were aware of an annex in Benghazi, Libya.

“However, it is the Committee’s understanding that other DoD personnel were aware of the Benghazi Annex.”

Page 77 of the report further divulges that Gen. Carter Ham, then-commander of U.S. Africa Command, “was not even aware there was a CIA annex in Benghazi at the time of the attacks.”

Continued the Senate report: “We are puzzled as to how the military leadership expected to effectively respond and rescue Americans in the event of an emergency when it did not even know of the existence of one of the U.S. facilities.”

On the night of the attack, Ham was placed in charge of the C-110, a 40-man Special Ops force maintained for rapid response to emergencies. The force was trained for deployment for events like the Benghazi attack. Command was transferred from the military’s European command to Ham in the middle of the attack.

Ultimately, the C-110, which had reportedly been training in Croatia during the attack, was not deployed to respond in Benghazi. Instead it was ordered to return to its forward operating base in Italy.

With additional research by Joshua Klein –  Annotated with comments, photos and links by Ask Marion

Don’t know about the travesty and crimes in Benghazi?  Just take some time to work through the links below and then pass this on please. Hillary and Obama are counting on the fact that you won’t and the mainstream beclowned media who is is still covering for them and even now is trying to blame Ambassador Chris Stevens for his own death and that of the others killed after they served this nation and were used and left behind.  Shameful!:

Getty captioned this photo: ‘Libyan civilians helping an unconscious man identified as 52-year-old American Ambassador Christopher Stevens’ (Perhaps) But by all accounts he was tortured and possibly even sexually assaulted.  Even left leaning Snopes could not dispute the reports and rumors.  You be the judge… 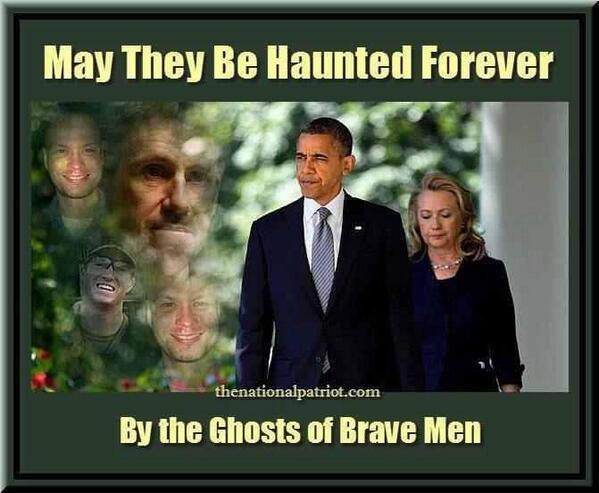 Obama blamed for rebirth of al-Qaida

New pressure on Boehner over Benghazi

Benghazi staffers told: ‘You are on your own’

Why no guard towers at Benghazi mission?

Benghazi facility ‘unlike any other in recent history’

Did Al-Qaida swipe these missiles from U.S.?

How Obama put al-Qaida on steroids

Boehner covering for Obama … or for himself?

General can’t explain why forces not deployed to Benghazi

Admission: Special Forces were only hours from Benghazi

Is this why CIA deputy director resigned?

See what was really transpiring inside doomed compound

Benghazi whistleblower: ‘We were on our own’

Hillary perjured herself on Benghazi?

Is THIS missing piece to Benghazi puzzle?

Thousands of jihadists pouring into Syria

Sunshine is the Greatest Disinfectant – Updated

Benghazi… Persistence Finally Brings the Disinfecting Sunshine and the Truth

Benghazi Drone Filmed Rape and Final Battle, Sent to Situation Room Live… But Krauthammer Says It is Played Out

Glenn Beck: Military Action In Syria Is Designed To Cover Up Benghazi

Chris Wallace to Obama Chief of Staff: Where Are the Benghazi Arrests?

Benghazi Scandal – Pat Smith: Hillary Doesn’t Give A Damm About You!!! – Cover-Up Or Clean-Up?

Benghazi Scandal: “It Was Clear Pretty Quickly” – General: Benghazi Was No Demonstration!

It Is A Disgrace! – Mark Levin Slams GOP House Committee: Hillary’s False Benghazi Testimony was NOT Given Under Oath

All Starting to Unravel for Obama… and Hillary

Official: We knew Benghazi was a terrorist attack “from the get-go” – CBS News

Whistle blower claims U.S. knows who masterminded the Benghazi attack but is not taking action

6-Month Benghazi Attack Anniversary… Where is the media coverage? The answers? And Where are the Survivors?

Benghazigate… the Scandal that Just Will Not Go Away – Updated

The wretched absurdity of the Benghazi report

Hillary Not to Testify on Benghazi… Because of Concussion??

More BenghaziGate News – Behind the Lies

Benghazi Investigative Series – Behind The Scenes….

Petraeus: The CIA’s initial talking points about Benghazi mentioned Al Qaeda — but the reference was removed

CLINT EASTWOOD Slams Obama on Benghazi Massacre: “There Should Have Been an Attempt” to Save the Men (Video)

Catherine Herridge: ‘This is the Smoking Gun Warning’ of a Coming Attack in Benghazi …After Emails That Obama Administration Watched Attack and Murders in Real-Time… And Did Nothing! (November 1st 2012)

Body of lies from Benghazi to Barack — Comprehensive investigative report

Benghazi Alert: How Can Americans Trust a Commander in Chief Like This… With Our Country… Our Lives… Our Children and Grandchildren? We Cannot!

More than 20 MILLION (yes, MILLION) weapons “outside of the [Libyan] government’s control

Amb. John Bolton ‘On the Record’

What does Mike Scheuer, former head of the Odama Bin Laden Issue Station think about how the White House has handled the Benghazi attack? Click to find out

Body of lies from Benghazi to Barack — Comprehensive investigative report

The Media is the Real Enemy

Hillary Clinton, the Law of Karma, and Shattered Dreams

All Starting to Unravel for Obama… and Hillary

Winston Churchill once said, “An appeaser is one who feeds a crocodile hoping it will eat him last…

Hillary Lets the Jihadist Cat Out of Bag

REPORT: Obama administration was warned about attacks, did nothing – 9.14.12

We Can No Longer Trust a Beclowned American Media…

Looking Back: Romney was Right on Libya and a lot of other things… But the American People Were Had

Benghazi, IRS, NSA, DOJ Scandals… What Are We To Make Of This Presidency Whose Platform Is Eerily Similar to the Communist Party USA’s

The Shameful Stench Of Benghazi Continues

Former NSC Spokesman: No, Obama Was Not in the Situation Room During Benghazi Attack

Greg Gutfeld: “This Isn’t Just Benghazigate, This is Mediagate”

Sickening:  MSNBC Blames Amabassador Stevens for His Own Death in Benghazi

Limbaugh Letter: Benghazi Timeline from the November. What Did Obama Know and When Did He Know It?

Mother of Murdered Benghazi Victim Tears Into Hillary Clinton During Emotional Interview: ‘I Blame Her’

Benghazi Impeachment Suddenly Not So Far-Fetched

Official: We knew Benghazi was a terrorist attack “from the get-go” – CBS News

Benghazi: How Do You Explain the Inexplicable?

Congressman Elijah Cummings Sums Up Benghazi: “Death is a Part of Life”  –  Really??

This Could Be the Weirdest Exchange from Wednesday’s Benghazi Hearing

What Benghazi Shows Us: Democrats Can’t Be Trusted with Life and …

Video: Clinton on talking points: ‘What difference at this point does it make?’

Still Want This Woman for President?

I am a babyboomer and empty nester who savors every moment of my past and believes that it is the responsibility of each of us in my generation and Americans in general to make sure that America is as good or even a better place for future generations as it was for us. So far... we haven't done very well!! Favorite Quotes: "The first 50 years are to build and acquire; the second 50 are to leave your legacy"; "Do something that scares you every day!"; "The journey in between what you once were and who you are becoming is where the dance of life really takes place". At age 62 I find myself fighting inoperable uterine Cancer and thanks to the man upstairs and the prayers from so many people including many of my readers from AskMarion and JustOneMorePet... I'm beating it. After losing our business because of the economy and factors related to the re-election of President Obama in 2012 followed by 16-mos of job hunting, my architect-trained husband is working as a trucker and has only been home approximately 5-days a month since I was diagnosed, which has made everything more difficult and often lonely... plus funds are tight. Our family medical deductible is 12K per year for two of us; thank you ObamaCare. But thanks to donations from so many of you, we are making ends meet as I go through treatment while taking care of my father-in-law who is suffering from late stage Alzheimer's and my mother-in-law who suffers from RA and onset dementia as well as hearing loss, for which there are no caretaker funds, as I continue the fight here online to inform and help restore our amazing country. And finally I need to thank a core group of family, friends, and readers... all at a distance, who check in with me regularly. Plus, I must thank my furkids who have not left my side through this fight. You can see them at JustOneMorePet.
View all posts by Ask Marion →
This entry was posted in Asshats, Big Brother, Choices, Constitution, Elections, Freedom, Knowledge Is Power, Lies, manipulation of the public, Media, Military, News and politics, Patriotism, Politics, Watch the Other Hand, We Are All God's Creatures. Bookmark the permalink.