Alea iacta est…The Council Has Spoken! has spoken, the votes have been cast, and we have the results  for this week’s Watcher’s Council match up.

The one who conceals hatred has lying lips, and whoever utters slander is a fool.- Proverbs 10:18

“We do not merely destroy our enemies; we change them.” – George Orwell, 1984

Former US National Security Agency contractor Edward Snowden, who revealed details of electronic surveillance by American and British spy services, warned of the dangers posed by a loss of privacy in a message broadcast to Britain on Christmas Day.

In a two-minute video recorded in Moscow, where Snowden has been granted temporary asylum, he spoke of concerns over surveillance and appeared to draw comparison with the dystopian tale “1984″ which described a fictional state which operates widespread surveillance of its citizens.

“Great Britain’s George Orwell warned us of the danger of this kind of information. The types of collection in the book – microphones and video cameras, TVs that watch us are nothing compared to what we have available today.” “We have sensors in our pockets that track us everywhere we go. Think about what this means for the privacy of the average person,” he said.

“A child born today will grow up with no conception of privacy at all,” said Snowden. “They’ll never know what it means to have a private moment to themselves, an unrecorded, unanalysed thought. And that’s a problem because privacy matters, privacy 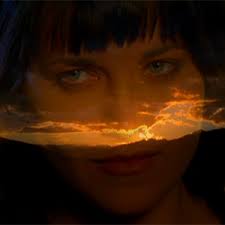 This week’s winner, The Noisy Room’s The Silencing of the Ducks is her sharp, well written examination of the recent A&E/Duck Dynasty controversy and what it reveals about the Angry Left’s attempt at thought control and the war on America’s culture…including traditional Christianity and the right to profess its values. Here’s a slice:

I did not start viewing Duck Dynasty until a few months ago. It has since become our favorite show and we can’t get enough of it. Christian values, real people, guns and hunting – what’s not to love? But it would seem that being a Christian and espousing your beliefs in America is now becoming ever more dangerous. As RedState pointed out, ultimately you will care and you will have to take a stand and take sides.

Phil Robertson, the patriarch of Duck Dynasty, just did a GQ interview where he stated his Christian beliefs, which included those concerning Gays. This whole blowup is not so much about the Gay issue, but far more about the Constitution and the First Amendment. In the interview, Phil was asked if he thought homosexuality was sinful:

“Start with homosexual behavior and just morph out from there. Bestiality, sleeping around with this woman and that woman and that woman and those men,” he told GQ, before paraphrasing the Bible in Corinthians. “Don’t be deceived. Neither the adulterers, the idolaters, the male prostitutes, the homosexual offenders, the greedy, the drunkards, the slanderers, the swindlers — they won’t inherit the kingdom of God. Don’t deceive yourself. It’s not right.”

For telling the truth and stating what he personally believed, A&E put him on indefinite hiatus. They fired him. I would be very surprised if the family did not tell A&E to stuff it. They managed to take THE most popular rated show ever and scuttle it. Phil had told A&E earlier that if they insisted he remove God or guns from his show, they were through:

On May 9, Greensboro, NC country station 93.1 The Wolf reported that after receiving complaints over prayers to God and the frequent use of guns on air, Duck Dynasty patriarch Phil Robertson said, “God and guns are part of our everyday lives [and] to remove either of them from the show is unacceptable.”

Sarah Palin came to Phil’s defense with the following quote:

Free speech is an endangered species. Those “intolerants” hatin’ and taking on the Duck Dynasty patriarch for voicing his personal opinion are taking on all of us.

She’s right and this will backfire on A&E and all the others out there that are anti-Christian. Phil Robertson just became a warrior for God and the Constitution and I am sure he is up to the task. An attack on one Christian, is an attack on all of us. Time to draw our line in the Marxist sand.

In our non-Council category, the winner was Victor Davis Hanson with  Pajama Boy Nation submitted by Joshuapundit. It’s an examination of the metrosexual Pajama Boy used as a shill fro ObamaCare and what it says about the Left and how they see the country.  This opening paragraphs are a nice taste:

Will Kane of High Noon Pajama Boy wasn’t. Somehow we as a nation went from the iconic Marlboro Man to Pajama Boy — from the noble individual with a bad habit to the ignoble without a good habit — without a blink in between.

There are lots of revolting things in the Pajama Boy ad. After all, how can you top all at once a nerdy-looking child-man dressed in infantile pajamas while cradling a cup of hot chocolate with the smug assurance that he is running your life more than you his?

OK, so here are this week’s full results. Both the Mellow Jihadi and VA Right were unable to vote this week,but neither was subject to the usual 2/3 vote penalty:

I am a babyboomer and empty nester who savors every moment of my past and believes that it is the responsibility of each of us in my generation and Americans in general to make sure that America is as good or even a better place for future generations as it was for us. So far... we haven't done very well!! Favorite Quotes: "The first 50 years are to build and acquire; the second 50 are to leave your legacy"; "Do something that scares you every day!"; "The journey in between what you once were and who you are becoming is where the dance of life really takes place". At age 62 I find myself fighting inoperable uterine Cancer and thanks to the man upstairs and the prayers from so many people including many of my readers from AskMarion and JustOneMorePet... I'm beating it. After losing our business because of the economy and factors related to the re-election of President Obama in 2012 followed by 16-mos of job hunting, my architect-trained husband is working as a trucker and has only been home approximately 5-days a month since I was diagnosed, which has made everything more difficult and often lonely... plus funds are tight. Our family medical deductible is 12K per year for two of us; thank you ObamaCare. But thanks to donations from so many of you, we are making ends meet as I go through treatment while taking care of my father-in-law who is suffering from late stage Alzheimer's and my mother-in-law who suffers from RA and onset dementia as well as hearing loss, for which there are no caretaker funds, as I continue the fight here online to inform and help restore our amazing country. And finally I need to thank a core group of family, friends, and readers... all at a distance, who check in with me regularly. Plus, I must thank my furkids who have not left my side through this fight. You can see them at JustOneMorePet.
View all posts by Ask Marion →
This entry was posted in Choices, Common Sense, Communication, Conservatives, Constitution, Economy and Money, Freedom, Get Involved, Health and wellness, History, Holidays, Knowledge Is Power, Lies, low-informed voters, manipulation of the public, Media, News and politics, Politics, Progressivism, Religion and Faith, Stand Up, Wake Up, Watch the Other Hand, You Be the Judge. Bookmark the permalink.

1 Response to The Council Has Spoken!! This Weeks’ Watcher’s Council Results