JoshuaPundit: An Egyptian court has issued orders banning the Muslim Brotherhood as well as "any institution branching out of it or … receiving financial support from it" and ordered the confiscation of all of its "assets, funds and buildings".

This is a huge blow to Egypt’s Islamist fascists, because The Brotherhood depends on social welfare organizations that it funds to build up grassroots political support. Even during the time the Brotherhood was officially banned, the Mubarak regime allowed a number of these organizations to continue operating. My guess is that the interim government plans to get rid of the Brotherhood once and for all, to the extent that’s possible.

Oddly enough, the verdict not as a diktat from the al-Sissi interim government but from a lawsuit raised by lawyers from the leftist party Tagammu party, accusing the Brotherhood of being a "terrorist" and "exploiting religion in political slogans."

Still to come is the trial of Morsi, al-Badie and other Brotherhood figures. One fact that has emerged recently is that among other things, deposed Brotherhood President Morsi is supposed to have put out a contract on General Al-Sissi prior to Morsi’s ouster and arrest. 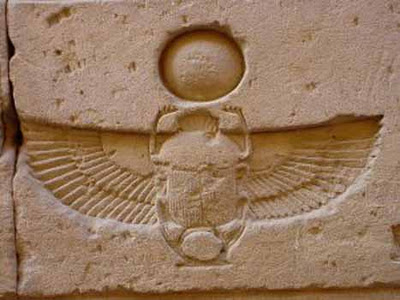 CAIRO – An Egyptian court on Monday ordered the Muslim Brotherhood to be banned and its assets confiscated in a dramatic escalation of a crackdown by the military-backed government against supporters of the ousted Islamist president Mohammed Morsi.

The ruling opens the door for a wider crackdown on the vast network of the Brotherhood, which includes social organizations that have been key for building the group’s grassroots support and helping its election victories. The verdict banned the group itself — including the official association it registered under earlier this year — as well as "any institution branching out of it or … receiving financial support from it," according to the court ruling, made public on Egypt’s state official news agency MENA.

The judge at the Cairo Court for Urgent Matters also ordered the "confiscation of all the group’s money, assets, and buildings" and said that an independent committee should be formed by the Cabinet to manage the money until final court orders are issued. The verdict can be appealed.

The Brotherhood was outlawed for most of its 85 years in existence. But after the 2011 ouster of autocrat Hosni Mubarak, it was allowed to work openly, formed a political party and rose to power in a string of post-Mubarak elections. In March, it registered as a recognized non-governmental organization.

"This is totalitarian decision," leading group member Ibrahim Moneir said in an interview with Qatari-based Al-Jazeera Mubashir Misr TV. "You are losers and it (the Brotherhood) will remain with God’s help, not by the orders by the judiciary of el-Sissi," he added, referring to military chief Gen. Abdel-Fattah el-Sissi, who led the overthrow of Morsi on July 3.

The court did not immediately make public the grounds for its ruling. The verdict came in a suit raised by lawyers from the leftist party Tagammu party, accusing the Brotherhood of being a "terrorist" and "exploiting religion in political slogans." Several other courts are looking into similar suits.

Perhaps it is time for us to start looking at the Muslim Brotherhood and its tentacles within the U.S. government.  As a country like Egypt outlaws this pseudo-religion group, we have a President whose Brother is linked to this dangerous organization  and our former secretary of state and a possible 2016 Democrat Presidential candidate, Hillary Clinton, has a personal aid, Huma Mahmood Abedin (Weiner) whose family if not personally, is part of Brotherhood leadership.

Tennessee High School Takes Students On Field Trip To Mosque, Given Copies Of The Koran…

I am a babyboomer and empty nester who savors every moment of my past and believes that it is the responsibility of each of us in my generation and Americans in general to make sure that America is as good or even a better place for future generations as it was for us. So far... we haven't done very well!! Favorite Quotes: "The first 50 years are to build and acquire; the second 50 are to leave your legacy"; "Do something that scares you every day!"; "The journey in between what you once were and who you are becoming is where the dance of life really takes place". At age 62 I find myself fighting inoperable uterine Cancer and thanks to the man upstairs and the prayers from so many people including many of my readers from AskMarion and JustOneMorePet... I'm beating it. After losing our business because of the economy and factors related to the re-election of President Obama in 2012 followed by 16-mos of job hunting, my architect-trained husband is working as a trucker and has only been home approximately 5-days a month since I was diagnosed, which has made everything more difficult and often lonely... plus funds are tight. Our family medical deductible is 12K per year for two of us; thank you ObamaCare. But thanks to donations from so many of you, we are making ends meet as I go through treatment while taking care of my father-in-law who is suffering from late stage Alzheimer's and my mother-in-law who suffers from RA and onset dementia as well as hearing loss, for which there are no caretaker funds, as I continue the fight here online to inform and help restore our amazing country. And finally I need to thank a core group of family, friends, and readers... all at a distance, who check in with me regularly. Plus, I must thank my furkids who have not left my side through this fight. You can see them at JustOneMorePet.
View all posts by Ask Marion →
This entry was posted in Freedom, Knowledge Is Power, low-informed voters, manipulation of the public, News and politics, Patriotism, Politics, Religion and Faith, Stand Up, Wake Up, You Be the Judge and tagged Brotherhood leadership, Egypt, Huma Abedin Weiner, Islamofascists, Malik Obama, MB, Middle East, Muslim Brotherhood, Progressives, smoke and mirrors, you be the judge. Bookmark the permalink.