JoshuaPundit on Sep 07 2013:  Alea iacta est…The Council Has Spoken!, the votes have been cast, and we have the results for this week’s Watcher’s Council match up.

“There is nothing new under the sun”  – Ecclesiastes

This week’s winner, The Razor’s Obama’s Leadership Failure is a sharp, well written critique of the record of the current occupant of the White House in terms of recent history. Here’s a slice:

Over the past five years I have watched the collapse of American prestige in the world. I have come to terms with this loss, recognizing that such things are reversible and that a new administration will one day take over and reverse the decline. But as we learned during the Carter era, reinforced by Reagan’s retreat from Lebanon after 242 US Marines were killed in 1983 and later Clinton’s Somalia fiasco, such a loss resonates into the future. The prime example of this was Osama Bin Laden’s recognition of these failures as signs of America’ s loss of will, making it the “weak horse” which would collapse by the addition of a grain of salt on its back. One by one grains were added, the 1993 WTC attack, the Khobar bombings in Saudi Arabia, the Embassy Bombings of 1998, and the USS Cole attack of 2000, and the horse failed to fall. The 9-11 attacks were just more of the same, more grains of salt added to the horse’s back from Bin Laden’s perspective. But instead of collapsing under the strain Bin Laden’s metaphor collapsed, and he and his organization found itself on the defensive against a determined foe, one that eventually turned him into fish food in the Indian Ocean.

We are repeating history, and in this sequel we are much closer in time to Carter’s 1980 failed hostage rescue mission than we are to Tora Bora. President Obama’s core belief that words matter, that diplomacy can solve every crisis and that the military option is only resorted to by leaders less intelligent than himself, has been shown a failure to everyone outside his inner circle. Over the past 5 years (I include Obama’s promises in the final stage of the 2008 campaign as well as the self-importance he attached to his president-elect status after the 2008 election and before the 2009 inauguration) Obama has used promises and threats instead of deeds and action to guide US foreign policy. There was some success at first as allies took his word for the former and our enemies heeded the latter, but as the world changed the promises weren’t met and the threats weren’t acted upon, our allies became disheartened while our enemies were encouraged. Such mistakes must have come as a surprise to both, to see the most powerful and influential nation on earth run by an administration filled with the best and brightest progressive leaders the country had to offer acting like an impoverished, helpless and morally bankrupt banana republic on the world’s stage.

Nations adjusted accordingly. China has become more aggressive in its territorial claims. North Korea continues to threaten the world with nuclear annihilation with impunity. Iran has taken the success of North Korea to heart and vigorously pursues the Bomb. While the Obama administration spoke about the decimation of al Qaeda, the terrorist organization proved powerful enough to kill an American ambassador, the first in thirty years, take over leadership of the rebellion in Syria, turn Iraq into a killing zone, and scare the administration into closing a score of embassies throughout the Middle East. Not bad for an organization that the administration has said is “on the run.” Clearly al Qaeda accomplishes more in retreat than many armies do on the offensive.

Then there is Russia. It’s ironic that President Obama treats Vladimir Putin as his equal and Russia as a superpower by giving it veto power over American actions in the Middle East and throughout Asia. In effect Obama elevates the status of Russia while subverting American interests abroad. Such actions must demoralize nations in the former Russian sphere of influence like Poland and the Czech Republic, while encouraging our friends in the Middle East such as Israel and Saudi Arabia to begin to cut their own deals with Russia.

Speaking of friends, we once had one in Egypt. It was a typical Middle Eastern friend. It took gobs of money from us then fed the masses a steady diet of anti-American propaganda that encouraged Islamic terrorism. But the Egyptian regime was successful for the most part. It kept itself in power, maintained the peace – albeit a cold one – with Israel, and kept the foreign currency flowing into Egypt from European and American tourists. Make no mistake Hosni Mubarak was no Winston Churchill, and the Egyptian regime never had our back the way Australia always has, but to expect anything more from Arabs in the Middle East requires complete ignorance of the culture and history of the area. Nevertheless the Obama administration and the State Department under the leadership of Hillary Clinton, a woman whose resume highlight for the job included hosting dinners as the First Lady in the White House for eight years, proved through their actions (and inactions) that for all their supposed brilliance, they were at heart as dumb as a box of blocks when it came to Egypt.

More at the link.

In our non-Council category, the winner was The Elder of Ziyon’s Bashar Assad’s grandfather’s amazing 1936 letter to France submitted by Simply Jews. Reading it, you get an excellent look at the whole problem with Middle East peace in a nutshell. And a message that applies to our own times.

Before we go any further, we have a birthday to celebrate…

Today is the birthday of our dear friend and Council mate Terresa Monroe-Hamilton of The Noisy Room! 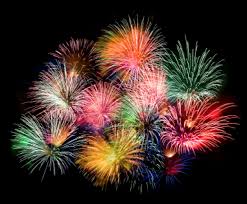 Fireworks definitely, because her superb writing always sets them off in print.

In honor of her new home, Double Dutch chocolate cake (I’ll let her put on her own candles)

And some Kristal Brut, yes?

It’s a funny thing. Sometimes, you just run into somebody who turns out to be a real friend in every sense of the word. That’s how I feel about Terresa, and I’m glad I know her.

Many many more, M’dear.

OK, here are this week’s full results. Joshuapundit, Liberty’s Spirit and The Noisy Room were unable to vote this week, But only Joshuapundit was subject to the mandatory 2/3 vote penalty:

I am a babyboomer and empty nester who savors every moment of my past and believes that it is the responsibility of each of us in my generation and Americans in general to make sure that America is as good or even a better place for future generations as it was for us. So far... we haven't done very well!! Favorite Quotes: "The first 50 years are to build and acquire; the second 50 are to leave your legacy"; "Do something that scares you every day!"; "The journey in between what you once were and who you are becoming is where the dance of life really takes place". At age 62 I find myself fighting inoperable uterine Cancer and thanks to the man upstairs and the prayers from so many people including many of my readers from AskMarion and JustOneMorePet... I'm beating it. After losing our business because of the economy and factors related to the re-election of President Obama in 2012 followed by 16-mos of job hunting, my architect-trained husband is working as a trucker and has only been home approximately 5-days a month since I was diagnosed, which has made everything more difficult and often lonely... plus funds are tight. Our family medical deductible is 12K per year for two of us; thank you ObamaCare. But thanks to donations from so many of you, we are making ends meet as I go through treatment while taking care of my father-in-law who is suffering from late stage Alzheimer's and my mother-in-law who suffers from RA and onset dementia as well as hearing loss, for which there are no caretaker funds, as I continue the fight here online to inform and help restore our amazing country. And finally I need to thank a core group of family, friends, and readers... all at a distance, who check in with me regularly. Plus, I must thank my furkids who have not left my side through this fight. You can see them at JustOneMorePet.
View all posts by Ask Marion →
This entry was posted in Choices, Communication, Family and Friends, Get Involved, Holidays, Knowledge Is Power, News and politics, Politics, Stand Up, Wake Up, Watch the Other Hand, You Be the Judge and tagged alternative media, bloggers, blogosphere, choices, collection of articles, Eagles, educate yourself, foreign affairs, Get Involved, Knowledge Is Power, Middle East, news, news nuggets, Obamaland, Ostriches, Ostriches or Eagles, Pelosi, Syria, Watcher's Council, you be the judge. Bookmark the permalink.

2 Responses to Watcher’s Council Results – The Council Has Spoken!!