My, how things have changed.

Once upon a time, there was a Ba’athist Arab dictator in the Middle East who had murdered thousands of his own people. He had even admittedly used poison gas on people not belonging to his own ethnic group on numerous occasions, and there was absolutely no doubt about it. There was intel that he had other types of what were called weapons of mass destruction, including a nuclear program, which was credible because he was known to have purchased uranium and at one time had even had a nuclear reactor before another country in the Middle East destroyed it.

When the president of the United States, a Republican, wanted to act on this intelligence and use our military to stop him, all hell broke loose. The Left in this country, aided by their friends in the media, mounted frenzied protests in many of America’s major cities. The president was called a warmonger, a traitor and worse.

Because of the political unrest, the president went to congress to get a resolution passed to use military force.The majority of Democrats, after hearing the intel quietly voted for it, including our current secretary of state, then a senator from Massachusetts, his predecessor, then a senator from New York and the current vice president, then a senator from Delaware. The Left’s antics delayed our deploying troops to Iraq for almost 15 months, by which time a great deal of the materials known as ‘weapons of mass destruction’ had been sold, destroyed or moved elsewhere. Although the dictator’s stash of yellow cake uranium was eventually found, something that wasn’t as good a headline as ‘Bush Lied’.

However, when problems developed with the occupation and something obvious like a pile of nuclear warheads wasn’t found immediately, the Left again went insane, this time aided and abetted not just by the media but by the very same Democrats who had voted to go into Iraq in the first place. Once they got control of congress in 2006, the Democrats did their very best to sabotage the war effort while our troops were in the field.When President Bush and the commander confirmed by the senate, General David Petraeus came up with a new strategy called ‘the surge’ designed to deal with the insurgency in Iraq, Democrats in the house and senate consistently mounted efforts to see to it that it failed. Majority Leader Harry Reid famously remarked that ‘the war is lost’, games were played with funding, and President Bush was called a liar on the senate floor by none other than Senator Ted Kennedy.

The media emphasized every difficulty and problem with the war they could while going out of their way to downplay and successes. The New York Times gave the Leftist group MoveOn a prime ad at a deep discount calling General Petraeus a traitor, and every Democrat Presidential candidate, including Hillary Clinton, Joe Biden and the junior Senator from Illinois, one Barack Hussein Obama refused to disavow the ad in any way, all of them effectively endorsing it by insulting General Petraeus openly when he appeared before the senate.

The eventual winner of that contest, Barack Obama, later took credit for the surge and for ending the war in Iraq, even though he did his cast votes designed to sabotage the strategy that enabled the U.S. to withdraw and even though the Disposition of Forces Agreement that set the date for our troops to leave was signed by President Bush before President Obama took office.

Scroll forward about a decade. We have a Ba’athist Arab dictator in the Middle East who has murdered thousands of his own people. Unlike the first dictator, this one, in spite of the many killings, his connections to terrorist groups like Hezbollah and his involvement in operating what was essentially a way station for jihadists en route to kill our troops in Iraq had always had a cozy relationship with certain Democrats like Nancy Pelosi and John Kerry among others. They liked him just fine, urged us to engage with Assad and give him aid and Kerry in particular was vociferous about pressuring Israel to give Syria back the strategic Golan Heights. Until just a couple of weeks ago. 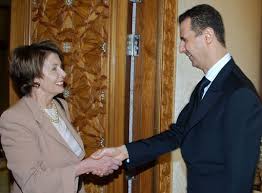 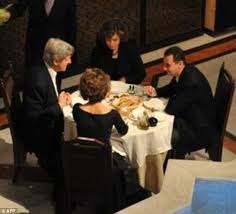 This particular dictator is also now alleged to have used poison gas against his own people.. although the evidence is murky as to which side in an ongoing civil war (in fact, there’s significant evidence it might have been the rebels). But that apparently doesn’t matter. President Obama, Rep. Pelosi, Harry Reid and of course Secretary Kerry have become full on war hawks and want to have our military attack Basher Assad and Syria now.

Nor does it apparently matter that the anti-Assad insurgents they now want to use the U.S. military to aid are predominantly Muslim Brotherhood and al-Qaeda.Or that every poll I’ve seen shows that the American people overwhelmingly oppose this.

Almost all of the Democrats (and a few Republicans of John McCain’s ilk) are howling for war, the supposedly anti-war Left is mostly silent, and the New York Times is running editorials calling for President Obama to bomb Syria anyway, even if it’s illegal and congress doesn’t go along.Even ‘mother’ Cindy Sheehan isn’t being heard from, having worn out her usefulness.

‘Anti-war’ seems to be a pretty flexible attitude for a lot of these people who were so vociferous about Iraq and the ones who voted for Barack Obama because he wasn’t going to be as interventionist as the despised Cowboy Bush. They’re pretty quiet now, most of them. I guess it all depends on whose pulling the trigger..and the domestic partisan political benefit to be had.

Welcome to the Watcher’s Council, a blogging group consisting of some of the most incisive blogs in the ‘sphere, and the longest running group of its kind in existence. Every week, the members nominate two posts each, one written by themselves and one written by someone from outside the group for consideration by the whole Council.Then we vote on the best two posts, with the results appearing on Friday, although this week’s results will be posted this Saturday evening, so watch for them then.

This week, The Independent Sentinel,Ask Marion and The Pirate’s Cove earned honorable mention status with some great pieces.

All of us at the Watcher’s Council would like to wish those of you celebrating Rosh Hashanah a hearty L’Shana Tovah Tiketevu. May you be inscribed… 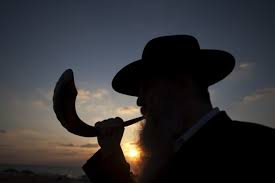 So, without further ado, let’s see what we have this week….

I am a babyboomer and empty nester who savors every moment of my past and believes that it is the responsibility of each of us in my generation and Americans in general to make sure that America is as good or even a better place for future generations as it was for us. So far... we haven't done very well!! Favorite Quotes: "The first 50 years are to build and acquire; the second 50 are to leave your legacy"; "Do something that scares you every day!"; "The journey in between what you once were and who you are becoming is where the dance of life really takes place". At age 62 I find myself fighting inoperable uterine Cancer and thanks to the man upstairs and the prayers from so many people including many of my readers from AskMarion and JustOneMorePet... I'm beating it. After losing our business because of the economy and factors related to the re-election of President Obama in 2012 followed by 16-mos of job hunting, my architect-trained husband is working as a trucker and has only been home approximately 5-days a month since I was diagnosed, which has made everything more difficult and often lonely... plus funds are tight. Our family medical deductible is 12K per year for two of us; thank you ObamaCare. But thanks to donations from so many of you, we are making ends meet as I go through treatment while taking care of my father-in-law who is suffering from late stage Alzheimer's and my mother-in-law who suffers from RA and onset dementia as well as hearing loss, for which there are no caretaker funds, as I continue the fight here online to inform and help restore our amazing country. And finally I need to thank a core group of family, friends, and readers... all at a distance, who check in with me regularly. Plus, I must thank my furkids who have not left my side through this fight. You can see them at JustOneMorePet.
View all posts by Ask Marion →
This entry was posted in Choices, Communication, Get Involved, Holidays, Knowledge Is Power, News and politics, Politics, Stand Up, Wake Up, You Be the Judge and tagged alternative media, bloggers, blogosphere, collection of articles, educate yourself, foreign affairs, Get Involved, Knowledge Is Power, Middle East, news, news nuggets, Obamaland, Pelosi, Syria, Watcher's Council, you be the judge. Bookmark the permalink.