The Council has spoken, the votes have been cast, and we have the results for this week’s Watcher’s Council match up!! 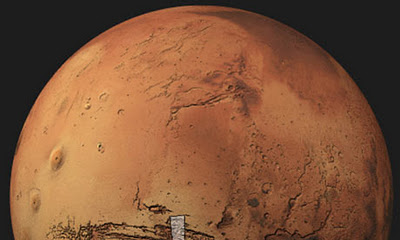 This week’s winner, The Right Planet’s Rush for Judgement: The All-Star ‘’Calumnists’’ of the MSM is a sharp, well written examination of how Alinsky’s principles permeate the media in a real life version of Orwell’s Two Minute Hate…and coins a new word in the process! Here’s a slice:

Following the 2011 Tuscon shooting, I predicted the left-wing media would jump on the opportunity to use the horrific crime as an opportunity to further their political goals. I just have seen this behavior from radical leftists for too long now. It is completely predictable. Oh, and they didn’t let me down, either. Not only did they “not let me down,” it was way beyond even what I thought possible, in terms of vicious audacity and outright buffoonery.

If you might recall, Sarah Palin and the Tea Party were blamed for the 2011 shooting in Tuscon, which resulted in six deaths and one wounded, as well as former Rep. Gabrielle Giffords (AZ-D) being critically injured. At the time, the preposterous notion was fomented by the progressive media that target reticule symbols printed on Palin’s campaign literature somehow influenced the shooter, Jared Loughner, to commit a heinous multiple murder.

Just so we’re all on the same page, here’s a prime example of some of the (usual) ridiculous linkages and rhetoric by the left that was being bantered about by the deranged left in their all-out effort to smear Sarah Palin and the Tea Party.

After the tragic fatal shooting of six people yesterday, half-governor Sarah Palin’s supporters are scrambling more than Michael Vick trying to escape Justin Tuck’s clutches in order to make an excuse for Palin’s pathetic use of crosshairs in an ad for the 2010 midterm elections which targeted 20 Democratic Representatives who voted for the Patient Protection and Affordable Care Act.

Fast forward to the Aurora movie theater mass shooting. The media was quick to “rush to judgment” and blame, once again, the Tea Party.

ABC’s Brian Ross reported this morning that there is “a Jim Holmes of Aurora, Colorado, page on the Colorado Tea party site… talking about him joining the Tea Party last year.”

Ross later apologized for his rash conclusions. But it was too little too late.

Of course, we can’t forget the unimaginable horror of the Sandy Hook Elementary massacre which saw scores of children shot dead by madman Adam Lanza. Yet, like clockwork, the mainstream-media went into hyper-drive and blamed the NRA and the nation’s legal gun-owners for the appalling atrocity. It’s just utter nonsense, yet this is what passes for journalism from our state-run press these days—ruthless left-wing agitprop and unadulterated leftist political advocacy.

Is there ever any respect or period of observable mourning for the dead and the victims of these awful crimes by the mainstream-media? If there is any mention of the victims by the MSM, it is only an effort to further a political cause via emotional appeal—like so-called “gun control,” for example—otherwise tributes and memorials to the victims are cast aside as “not viable” for promoting the cause—which is the only the liberal media cares about … nothing can supersede the struggle.

Now consider what just happened in Boston. Instantly the vile spinsters of leftist agitprop (i.e. MSM) went immediately to work to try and link, once again, the bombing of innocent Americans at Monday’s Boston Marathon to “right-wing” groups. MSNBC’s resident socialist Larry O’Donnell even went so far as to blame the NRA for helping the Boston bombers get away.

Oh, it doesn’t end there. I’m just getting started. So buckle up. As a matter of fact, while researching this post, I found so many glaring examples of frothing progressive liberals in the media and the state-run press eager to “rush to judgment” and blame “white people” and so-called “right-wing groups” for the bombings in Boston that I can’t include it all here. It would takes days, weeks, months … maybe even years.

In our non-Council category, the winner was Michael Totten’s The Beginning of the End for Hezbollah submitted by Joshuapundit. It’s yet another of Totten’s fine pieces on Lebanon, and in it he explores the changing dynamic enveloping the terrorist group Hezbollah.Do read it.

I am a babyboomer and empty nester who savors every moment of my past and believes that it is the responsibility of each of us in my generation and Americans in general to make sure that America is as good or even a better place for future generations as it was for us. So far... we haven't done very well!! Favorite Quotes: "The first 50 years are to build and acquire; the second 50 are to leave your legacy"; "Do something that scares you every day!"; "The journey in between what you once were and who you are becoming is where the dance of life really takes place". At age 62 I find myself fighting inoperable uterine Cancer and thanks to the man upstairs and the prayers from so many people including many of my readers from AskMarion and JustOneMorePet... I'm beating it. After losing our business because of the economy and factors related to the re-election of President Obama in 2012 followed by 16-mos of job hunting, my architect-trained husband is working as a trucker and has only been home approximately 5-days a month since I was diagnosed, which has made everything more difficult and often lonely... plus funds are tight. Our family medical deductible is 12K per year for two of us; thank you ObamaCare. But thanks to donations from so many of you, we are making ends meet as I go through treatment while taking care of my father-in-law who is suffering from late stage Alzheimer's and my mother-in-law who suffers from RA and onset dementia as well as hearing loss, for which there are no caretaker funds, as I continue the fight here online to inform and help restore our amazing country. And finally I need to thank a core group of family, friends, and readers... all at a distance, who check in with me regularly. Plus, I must thank my furkids who have not left my side through this fight. You can see them at JustOneMorePet.
View all posts by Ask Marion →
This entry was posted in Communication, Knowledge Is Power, low-informed voters, Politics, Stand Up, Wake Up, Watch the Other Hand, Wisdom, You Be the Judge and tagged alternative media, Benghazi, Benghazigate, bloggers, blogosphere, Boston, Boston Bombing, Boston Marathon Bombing, collection of articles, educate yourself, fundamental transformation of America, Gestapo, globalism, GOP, gun control, Hillary, Islam, Joe Biden, liberals, Millennials, news, news nuggets, Obamaland, One Party State, politics, Saul Alinsky, Socialism, Team Obama, terrorism, Thoughts, watch the other hand, Watcher's Council, you be the judge. Bookmark the permalink.