The Council Has Spoken!! This Week’s Watcher’s Council Results 04.05.13 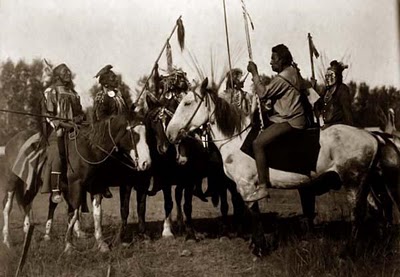 JoshuaPundit on Apr 05 2013 :  The Council has spoken, the votes have been cast, and we have the results for this week’s Watcher’s Council match up.

We had a tight match up this week and ties in both categories.

AMong the Council, the votes were evenly split between Joshunpundit’s North Korea Beats The War Drums and Gay Patriot’s Random Thoughts on Gay Marriage and that means I get the opportunity to endorse Gay Patriots fine essay on same sex marriage as this week’s winner!

It’s a well written take on the issue from a common sense point of view..here’s a slice.

A college classmate recently posted on Facebook about gay marriage. And when I found myself weighing in, I offered a response a bit longer than I had anticipated. It’s organized as are most of my post, more in the form of random thoughts, but since I took some time crafting it, I thought I would share with with you, slightly amended with links added:

As perhaps the only gay person on this thread, I must note that I have long been decidedly ambivalent on gay marriage, in part because many gay marriage advocates seem more interested in winning the culture wars than in promoting the institution and in part because of my studies of myth, psychology and anthropology and the longstanding human recognition of the importance of sex difference. And marriage rituals of every culture (see van Gennep) are based upon bringing together individuals from different groups.

In my grad school paper for my Native American class, I researched the legends of the

berdache, or two-spirit. Many cite the berdacge tradition as an example of cultures which accept and embrace homosexuality and same-sex relationships. And while many American Indian tribes recognized same-sex marriages, they all required one partner in such a union to live in the guise of the other sex. Thus, if one man married another man, one would wear men’s clothes and go hunting with the “braves” while the other would have to wear women’s clothes and live as a “squaw.” The one who lived as a woman could not go hunting with his same-sex peers nor could he participate in activities, rituals etc reserved for his biological sex.

Sex difference in short has long been inherent to the notion of marriage.

That said, I believe, states should — at minimum — recognize gay relationships as civil unions. And perhaps the ideal would be for the state to simply call monogamous relationships “civil unions” (for all people) and let churches, synagogues, private individuals, etc. call them marriage — or whatever they want.

It doesn’t bother me that the state doesn’t call same-sex unions marriages. What does bother me is cases like Edie Windsor the woman who brought the DOMA challenge. Because that law prevents the federal government from recognizing her marriage, she, unless the court finds in her favor, would have to pay over $300,000 in taxes on her late wife’s estate. Had the state recognized the union, that estate would pass to her without penalty as the surviving widow. (Side note: we wouldn’t have this issue if we didn’t have estate taxes, but that is another matter.) It’s ridiculous that she should have to pay that amount on what was essentially her own estate.

Now, back to my point about sex difference and the meaning of marriage. Over time, the notion of marriage has evolved. And we should allow it to continue to do so. Constitutional amendments interfere with organic processes; they prevented elected legislatures from addressing the issue. And oftentimes, they (i.e., legislatures) do a good job of recognizing the concerns of opponents — and seeing the issue in a broader cultural context.

In our non-Council category, the tie was between Victor Davis Hanson’s Is The Country Unraveling? submitted by Joshuapundit about what California is becoming and wonderful piece by Thomas Sowell, How Guns Save Lives submitted by The Razor. Tough choice, and you owe it to yourselves to read ‘em both. In this particular case, I opted for Professor Hanson by a nose,probably because living in California as I do I can see what he’s talking about first hand. Simply pitiful.

OK, here are this week’s full results. Only Gay Patriot was unable to vote this week,but was not subjected to the usual 2/3 vote penalty.

I am a babyboomer and empty nester who savors every moment of my past and believes that it is the responsibility of each of us in my generation and Americans in general to make sure that America is as good or even a better place for future generations as it was for us. So far... we haven't done very well!! Favorite Quotes: "The first 50 years are to build and acquire; the second 50 are to leave your legacy"; "Do something that scares you every day!"; "The journey in between what you once were and who you are becoming is where the dance of life really takes place". At age 62 I find myself fighting inoperable uterine Cancer and thanks to the man upstairs and the prayers from so many people including many of my readers from AskMarion and JustOneMorePet... I'm beating it. After losing our business because of the economy and factors related to the re-election of President Obama in 2012 followed by 16-mos of job hunting, my architect-trained husband is working as a trucker and has only been home approximately 5-days a month since I was diagnosed, which has made everything more difficult and often lonely... plus funds are tight. Our family medical deductible is 12K per year for two of us; thank you ObamaCare. But thanks to donations from so many of you, we are making ends meet as I go through treatment while taking care of my father-in-law who is suffering from late stage Alzheimer's and my mother-in-law who suffers from RA and onset dementia as well as hearing loss, for which there are no caretaker funds, as I continue the fight here online to inform and help restore our amazing country. And finally I need to thank a core group of family, friends, and readers... all at a distance, who check in with me regularly. Plus, I must thank my furkids who have not left my side through this fight. You can see them at JustOneMorePet.
View all posts by Ask Marion →
This entry was posted in Communication, Knowledge Is Power, News and politics, Politics, You Be the Judge and tagged alternative media, amnesty, bloggers, blogosphere, dictators, educate yourself, gay marriage, gun grab, gun laws, guns, news, news nuggets, North Korea, Obamaland, politics, second amendment, wake-up America, War on Religion, Watcher's Council. Bookmark the permalink.

1 Response to The Council Has Spoken!! This Week’s Watcher’s Council Results 04.05.13