Feinstein Anti-Gun Bill Defeated????… For Now… But Do Not Celebrate!!

For those that haven’t heard… The Fein-Stymied: Assault Weapons Ban Won’t Even Make It Into Final Gun Control Bill

“WELL INTO THE PROCESS”

(Mar. 20, 2013) — I saw a story on Facebook that gave me pause.  I wrote the following paragraph in the comment box and shared.

Before anyone jumps up and down over this “victory,” look at what has happened. The fallback position has always been universal registration, the exact position the republikrat establishment agreed to when this all started. They come to a “bi-partisan agreement” and pat each other on the back while they bask in the glow of an approving media, and We the People have just lost our 2nd Amendment rights. Universal registration will lead directly to confiscation. And confiscation has been the goal of both parties from the beginning. We are being played again, by both party establishments. Universal registration is the last nail in the coffin of the peaceful restoration of liberty in the United States of America.

As I said in my comment, there will be a big hoopla about “coming together in bi-partisanship” but what they will be celebrating is the final nail in the coffin of liberty.  Once they know where the guns are they will be “Johnny on the spot” to take them away “for our own protection”.  Lindsey Graham is yapping about “mental health” issues.  Okay, Mr. Bigshot, who decides who is “mentally stable enough” to own a firearm?  Didn’t I just hear Sen. Feinstein say ALL veterans were mentally unfit to own a firearm?  Aren’t these the same veterans who have been fighting a real shooting war for the liberty of people, and a nation, they don’t even care about while their families are being treated like “potential” terrorists and criminals by their own government?  And when they come home with chests full of medals, or not; or come home with only part of their bodies intact, they come home to a government that considers them “potential” terrorists and criminals?  The word “potential” seems to be tossed out by liberals for P C purposes only.

When California’s lame excuse for confiscating guns becomes a nationwide effort, directed and/or supported by the federal government, the opportunity for a peaceful solution is gone.  Some state governments are ignoring citizens on this and a variety of other issues.  People in both parties at the state level are bowing to the national party apparatus in passing legislation and regulations. Some local law enforcement departments are taking military vehicles and weapons being “given” to them by the federal government, to be used against citizens not criminals.  Others are pledging to stand for the Constitution and fight the federal government if they try to disarm citizens.  All levels of government are being driven by the Republican National Committee and the Democrat National Committee, and their behind-the-scenes handlers.

Make no mistake, they will be using those 2700 armored, mine-proof, small arms proof, when they have firearm registration where they want it ,  “Urban Rescue Vehicle” mini-tanks that have gun ports all around.  There are UN troops and equipment scattered all over the country “being trained” by our military.  The drug cartels and Islamic armies are sitting in Mexico waiting for confiscation to come about so they will have an unchallenged rampage over We the People.

Americans, do you ever ask yourself why we have hundreds of thousands of military people scattered all around the world and how many billions of dollars we spend supporting them while our southern border is declared unsafe for American citizens to visit?  Why is it that nothing gets done about the illegal alien invasion, by either political party?  Why is it the Department of Homeland Security is arming to the teeth; to wage war against its citizens maybe?  Why is Fast & Furious not pursued to a conclusion by Republicans?

We are on the precipice of losing what liberty we have left.  When Congress succeeds in reaching a “bi-partisan agreement on ‘common sense’ gun control” they will have succeeded in gutting the 2nd Amendment and it doesn’t take much imagination to know how it will go when it hits the Supreme Court.  The court is packed with liberals, although some were disguised as conservatives at the time of their appointment.

The pretense is now gone!!!  Politicians are brazenly going against the Constitution, and imposing a dictatorship on the citizens of the United States.  They will still mince words and posture for their adoring media when they come to an agreement but the media isn’t really on the side of We the People, are they?

The passage of universal registration will begin the final descent into the fight between good and evil, a fight between liberty and tyranny that is beyond solving with words. And you can be assured that Republicans will compromise on “common sense gun control measures.”   Some people will give up their firearms but most won’t.  The political parties have come out united in their desire to impose their will on the American people and We the People will resist the dictatorship with every asset at our disposal.  What will ensue at this point is a bloodbath as We the People do our best to defend our liberties against a tyrannical government made up of the political class in both parties.  The politicians know this, hence the massive efforts to disarm the populace.  How else can it end if they impose universal registration?  Few in either political party will truly stand up for the Constitution and We the People.

This isn’t rocket science, it is history.   Look at the history of 20th Century dictatorships:

And it goes on from here, Cambodia, Cuba, Vietnam, Rwanda, and others; with an estimated 262 million people killed by their own governments in the 20th Century.  They have the armored cars, sophisticated military equipment, and armed drones fill the skies of America.  They have the people in the form of UN soldiers, Muslim terrorists, and drug cartel members ready to carry out the genocide once they have successfully disarmed We the People.

Don’t think for a moment it can’t or won’t happen here.  They are well into the process. Our government is declaring war on the “enemies of the state,” patriots who desire only to live in peace with the liberty given to us by Almighty God and guaranteed in the Constitution, and specifically in the Bill of Rights.

I submit this in the name of the Most Holy Trinity, in faith, with the responsibility given to me by Almighty God to honor His work and not let it die from neglect.

For any of you who still think ‘it can’t happen here’, check this out:  New York is now offering $500 reward for reporting illegal gun owners 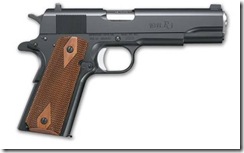 This is how it begins… For anyone, especially Jews, who lived through the Nazi Era, this should frighten you!!

“This initiative seeks to turn neighbor against neighbor and use their own tax dollars to pay for the $500 reward,” Republican Assemblyman Steve McLaughlin told the station.

Firearms owners need to bookmark this page: http://stevespages.com/page7b.htm It is a TREASURE Chest of Info!

We Are Hunting Humans Now? And the Bi-Partisan Goal of Banning Guns Slips Out… The War on Guns Has Begun!

LaPierre: ‘Gun Registry Will Be Used to Confiscate Your Guns’… As DOJ Memo: ‘Outlaw and Confiscate All Guns’ Surfaces

Obama Would Call on Military to Disarm Americans During National Emergency

Blaze Magazine Exclusive: Will the Constitution (and Gun Rights) Be Disarmed?

Why Do They Want Us Disarmed?

Former FBI Informant Says: Obama Will Destroy America Once He Has All The Guns… as Details of False Flag and Conspiracy in Connecticut Shooting Appear

In Germany… When the Nazis came for

the communists,
I remained silent;
I was not a communist.

Then they came for the Catholics,
I did not protest;
I was a Protestant.

Then they came for the Jews,
I did not speak out;
I was not a Jew.

When they came for me, there was no one left to speak out for me.

"The change we seek has always required great struggle and great sacrifice." – Barack Hussein Obama
Remember… "The man who speaks to you of sacrifice, speaks of slaves and masters. And intends to be the master." – Ayn Rand

I am a babyboomer and empty nester who savors every moment of my past and believes that it is the responsibility of each of us in my generation and Americans in general to make sure that America is as good or even a better place for future generations as it was for us. So far... we haven't done very well!! Favorite Quotes: "The first 50 years are to build and acquire; the second 50 are to leave your legacy"; "Do something that scares you every day!"; "The journey in between what you once were and who you are becoming is where the dance of life really takes place". At age 62 I find myself fighting inoperable uterine Cancer and thanks to the man upstairs and the prayers from so many people including many of my readers from AskMarion and JustOneMorePet... I'm beating it. After losing our business because of the economy and factors related to the re-election of President Obama in 2012 followed by 16-mos of job hunting, my architect-trained husband is working as a trucker and has only been home approximately 5-days a month since I was diagnosed, which has made everything more difficult and often lonely... plus funds are tight. Our family medical deductible is 12K per year for two of us; thank you ObamaCare. But thanks to donations from so many of you, we are making ends meet as I go through treatment while taking care of my father-in-law who is suffering from late stage Alzheimer's and my mother-in-law who suffers from RA and onset dementia as well as hearing loss, for which there are no caretaker funds, as I continue the fight here online to inform and help restore our amazing country. And finally I need to thank a core group of family, friends, and readers... all at a distance, who check in with me regularly. Plus, I must thank my furkids who have not left my side through this fight. You can see them at JustOneMorePet.
View all posts by Ask Marion →
This entry was posted in Asshats, Freedom, Knowledge Is Power, News and politics, Patriotism, Politics, Stand Up, Thoughts ..., Wake Up, Watch the Other Hand, Wisdom, You Be the Judge and tagged anti-gun bills, assault weapons, common sense, DHS, Dianne Feinstein, dictators, disarming America, educat yourself, gun confiscation, gun control, gun grabbers, gun registration, guns, Harry Reid, history repeats itself, Jews, New York, second amendment, smoke and mirrors, stand-up America, universal registration, wake-up America, watch the other hand. Bookmark the permalink.

10 Responses to Feinstein Anti-Gun Bill Defeated????… For Now… But Do Not Celebrate!!