"Beasts of the Southern Wild [Blu-ray]"

Expert: Movie Based on a Bill O’Reilly Book Is More Accurate Than Spielberg’s "Lincoln"

Sometimes during these tough and hectic times we are living in, we all need to escape… a good movie (or book) is a great way to do that.

And as we are escaping there is also something to learn from these movies… if you watch several spanning the decades, within a short period, you see how society, traditions, and culture have changed. It’s kind of a history and sociology lesson without pain for those who think they don’t like history; a good way to get into that discussion with young people! It is also a way to spark an interest in certain events or people in history and then hopefully follow-up with some research or read a book or two and then compare the accuracy of what you (they) learned or were told in the movie.  A family great activity!

Our children are no longer learning U.S. or world history, civics, or political science in school and what they are learning is usually skewd or re-written with a Progressive twist as are many (most) of the movies and TV shows produced by Hollywood.  Plus, fewer and fewer people are going to church and sitting down to dinner with their families where values and traditions used to be shared.  So, movies can be a good place to begin to teach critical thinking, which is also no longer taught in school, and spark an interest in history, culture, religion and sociology or social change, which will hopefully lead to more discussions and learning.

A little artistic license to make a film more interesting or entertaining is not necessarily a bad thing, if the film-goers are educated or curious.  Do you ever ask yourself:

How true is the storyline in the film "Argo [Blu-ray+Digital)"?

Isn’t it interesting how films often depict current events in a way that promote the government, Hollywood, or Progressive agenda… political and cultural?

Why are certain films chosen by the Academy for best picture?

Why are certain films, just as good of better, left out?

What was the underlying message(s) in that film you just watcher or was chosen for an award?

My husband and I just watched the film The Bourne Legacy [Blu-ray/Digital Combo].

How many people believe that most of the that film is fiction?

Did it make people question or understand why drones flying over America could be a problem?

Did it make people realize that there is a purpose for people owning assault weapons?

Why was there little fuss or mention made of Director Kathryn Bigelow of Zero Dark Thirty [Blu-ray/Digital Combo]", which is nominated for Best Picture Oscar, like "Argo [Blu-ray+Digital)", for the 85th Academy Awards but the whining never stopped about Ben Affleck?

And how many of you are asking yourself, like Hillary did while testifying before Congress about events and her actions and involvement in the murders at Benghazi, “What Difference, at This Point, Does It Make?”

Seth MacFarlane, host of the 2013/85th Academy awards was an adequate host but probably won’t be asked back.  His team of writers definitely should not be back.

Seth’s worst flippant comment of the night:  “The next presenters are a boy wizard and a girl vampire… pretty much everything the Christian Right hates about Hollywood!”

Talk-radio host Rush Limbaugh says there was supreme irony and a possible “conspiracy” in having first lady Michelle Obama present the award for best picture Sunday night at the 85th annual Academy Awards.

“There was some real irony last night that zipped by and blew by a lot of people,” Limbaugh noted, saying it was the first time in a decade he had watched the entire broadcast from start to finish.

“The best picture award last night went to a movie named ‘Argo,’ which was about what? The rescue of ‘embassy personnel’ under attack in Iran. The wife of the commander in chief who failed to rescue four Americans at an embassy/consulate in Benghazi presented it, and talked about how important it was, and how necessary it is and how great it was and all that.

“This administration FAILED in rescuing Americans under attack, and the wife of the president who failed presented the Oscar to the movie who won the best picture award about a successful rescue of embassy personnel from Iran in 1979, thereby maybe claiming credit.”

‘If you want to look for a conspiracy in any of this, you focus on that’   Read full article HERE

The Best Romantic Movies… For Date Night or Valentine’s Day

Fourth of July Staycation Activities With a Purpose

And the Oscar Goes To… Comments on the 84th Academy Awards

Propagandic Lame Entertainment for the Masses

*The industry loves a good party and awards for themselves and on the other hand they love to trash each other.  I read that they gave the fashions for this year’s award show an overall ‘B’ saying they weren’t as edgy or crisp as some other years.  Whatever…  But since I did watch the awards, my best dressed awards go to Jessica Chastain, Jennifer Aniston and Jennifer Hudson: 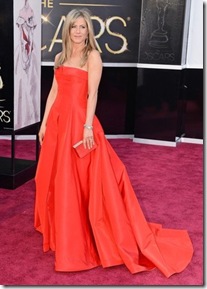 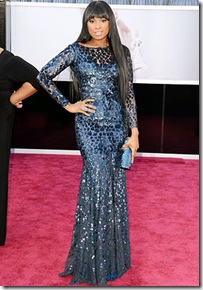 All the goss behind the Oscar gloss: Alison Boshoff on the frocks, the feuds and the faux pas…

I am a babyboomer and empty nester who savors every moment of my past and believes that it is the responsibility of each of us in my generation and Americans in general to make sure that America is as good or even a better place for future generations as it was for us. So far... we haven't done very well!! Favorite Quotes: "The first 50 years are to build and acquire; the second 50 are to leave your legacy"; "Do something that scares you every day!"; "The journey in between what you once were and who you are becoming is where the dance of life really takes place". At age 62 I find myself fighting inoperable uterine Cancer and thanks to the man upstairs and the prayers from so many people including many of my readers from AskMarion and JustOneMorePet... I'm beating it. After losing our business because of the economy and factors related to the re-election of President Obama in 2012 followed by 16-mos of job hunting, my architect-trained husband is working as a trucker and has only been home approximately 5-days a month since I was diagnosed, which has made everything more difficult and often lonely... plus funds are tight. Our family medical deductible is 12K per year for two of us; thank you ObamaCare. But thanks to donations from so many of you, we are making ends meet as I go through treatment while taking care of my father-in-law who is suffering from late stage Alzheimer's and my mother-in-law who suffers from RA and onset dementia as well as hearing loss, for which there are no caretaker funds, as I continue the fight here online to inform and help restore our amazing country. And finally I need to thank a core group of family, friends, and readers... all at a distance, who check in with me regularly. Plus, I must thank my furkids who have not left my side through this fight. You can see them at JustOneMorePet.
View all posts by Ask Marion →
This entry was posted in Entertainment, Events, Fun, Fun and Happiness, Knowledge Is Power, low-informed voters, You Be the Judge and tagged Academy Awards, culture, entertainment, History, Hollywood, movies, Oscars, rewriting history. Bookmark the permalink.