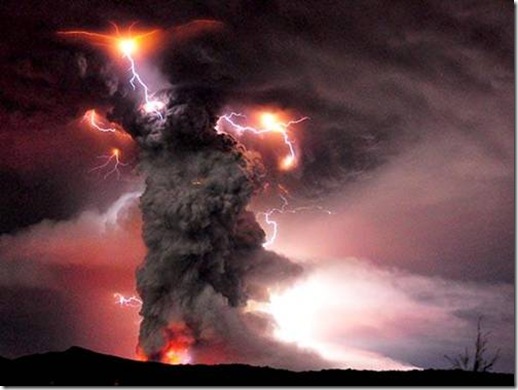 By: Terresa Monroe-Hamilton – The NoisyRoom

It’s difficult to not look at world events these days and feel as though we are sitting on a ticking time bomb. Things are heating up even more and the clock is now at about 30 seconds to midnight.

One wonders where all this will lead… Well, if the current course is kept, straight into hell, probably. That is by design and has been planned on for a very long time.

If it comes to war, one joint Russia/China plan is for Russia to nuke the hell out of the continental United States. After Obama has finished decimating what is left of the US nuclear arsenal of course. The Russians will then invade Alaska and parts of Canada, but not the lower ’48. China will then invade across the Pacific. They will lose millions of troublesome young men, but they eventually get a foothold. Then their allies in Latin America will invade across the Mexican border… and the Red Dawn will break.

You can count North Korea in that mix as well. It has always been the plan of the Russians to use Iran as a proxy army to take control of the Middle East and the energy resources at play. But would any of them really come after the US?

The answer to that question is a definitive ‘yes.’ Being separated from most of our enemies by an ocean gives us the illusion of safety, but that should have been shattered after 9-11. However, America’s apathy runs deep these days and most people fell back to sleep or into an encompassing lethargy when a would-be dictator started trashing the Constitution and our God given rights. While we tear ourselves apart as a nation, our enemies are salivating, awaiting the right opportunity to strike.

I contend that Obama is setting us up for just such an attack. And as Trevor Loudon astutely points out, it will most likely come from several enemies at once. With a depleted nuclear arsenal and a massively weakened military, the hour is drawing nigh that an attack will be forthcoming. Think about it… if you were our powerful enemies, what would you do? You would attack of course when your enemy is at their weakest financially and militarily – like right about now. Consider this scenario:

Now consider if these all happen at once. Not possible, you say? Why not? Both Russia and China have been busy building their military forces up, while we have been scaling radically down in that arena. Iran now has nuclear capability as does North Korea. Aside from the energy resources in the Middle East, what would be the biggest prize ever? Bringing down America, invading her and conquering a once free nation. All our enemies need to do is team up, pillage and plunder, then divide the spoils of war. See Sun Tzu. It would be the ultimate redistribution of wealth.

If that is not enough to haunt your dreams, consider this… What if Progressives made deals for themselves with our enemies while betraying our closest ally? For land, resources, slaves, security, power… No? Then tell me why we are being so cozy with the Chinese, or the Muslim Brotherhood, or the Russians for that matter. With Obama’s reelection, he can be much more flexible. Why is Obama deliberately bankrupting our nation? And why is money massively being withdrawn from our banks? It seems to me that Obama and the Communists are really close in their goals for this country. Just this last week, CPUSA was cheering Obama on gun restrictions.

Remember, Communism as articulated in the various Communist documents, asserts that nobody owns anything – that the group owns everything. But because in practice that doesn’t work, an elite self-appointed overclass takes control and endeavors to enforce the ideals of Communism on the proletariat. Thus, implementing in practice a form of fascism, nominally called “Communism.” The Muslim creeds implement an unabashed fascism from the beginning. So our enemies all have fascism in common. Even those regimes that are nominally Communist, wind up implementing fascism because completely decentralized control doesn’t work when there is no ownership. You see, our enemies have a lot in common ideology wise and they all want the United States’ land and resources.

So, while our Progressives have been calling for the end of the Constitution, the Chinese have been busy buying up billions in real estate here in the US. They are now buying up our utilities and natural resources as well. They are buying up major companies such as battery makers as well. This is just Communist foreplay. The problem with the US is that we are an instant gratification society. Long range planning for us is what is for dinner tonight. Long range planning for our enemies is the demise and conquest of America.

We hear very little in the media about what is facing us militarily. Even Pravda sees more clearly what is going on in the States than many Americans do. As the gathering red storm advances on America, will we react in time to save ourselves? When the EMPs fly, it’s a little too late to rally the troops to our defense.

I am a babyboomer and empty nester who savors every moment of my past and believes that it is the responsibility of each of us in my generation and Americans in general to make sure that America is as good or even a better place for future generations as it was for us. So far... we haven't done very well!! Favorite Quotes: "The first 50 years are to build and acquire; the second 50 are to leave your legacy"; "Do something that scares you every day!"; "The journey in between what you once were and who you are becoming is where the dance of life really takes place". At age 62 I find myself fighting inoperable uterine Cancer and thanks to the man upstairs and the prayers from so many people including many of my readers from AskMarion and JustOneMorePet... I'm beating it. After losing our business because of the economy and factors related to the re-election of President Obama in 2012 followed by 16-mos of job hunting, my architect-trained husband is working as a trucker and has only been home approximately 5-days a month since I was diagnosed, which has made everything more difficult and often lonely... plus funds are tight. Our family medical deductible is 12K per year for two of us; thank you ObamaCare. But thanks to donations from so many of you, we are making ends meet as I go through treatment while taking care of my father-in-law who is suffering from late stage Alzheimer's and my mother-in-law who suffers from RA and onset dementia as well as hearing loss, for which there are no caretaker funds, as I continue the fight here online to inform and help restore our amazing country. And finally I need to thank a core group of family, friends, and readers... all at a distance, who check in with me regularly. Plus, I must thank my furkids who have not left my side through this fight. You can see them at JustOneMorePet.
View all posts by Ask Marion →
This entry was posted in Asshats, Big Brother, Freedom, Knowledge Is Power, Patriotism, Politics, Stand Up, Wake Up, Watch the Other Hand, You Be the Judge and tagged China, Communism, Cuba, dictator tactics, EMP, grinding down of America, Iran, Middle East, Muslim Brotherhood, North Korea, Obama's Agenda, Obamaland, Pravda, Progressives, radicals in the White House, Red Dawn, ruling elite, Russia, Trevor Loudon, Venezuela, wake-up America. Bookmark the permalink.

4 Responses to The Gathering Red Storm