When I heard not so conservative Greta Van Susteren say, “After the Election in November 2012, not matter who wins, we are headed for a huge recession and both Congress and the White House know it”, I knew we were in trouble.

Video:  We’ve seen this before

When They Stop Buying Our Debt: “You’ll See a Worldwide Depression That’ll Make the 1930′s Look Like a Kindergarten”

In a recent micro-documentary Chris Duane of The Greatest Truth Never Told and Don’t Tread On Me discusses the coming collapse of our debt-based monetary system and provides a simple, yet succinct argument for why it cannot be prevented.

There’s $8 Trillion in global sovereign debt that needs to be rolled over in 2012. This does not include state, local, corporate or personal debt. There’s simply not enough cash in the world to buy all this debt.

What is worse – who would? Who in their right mind would loan cash today for ten years for a guaranteed return of 1.85%. We know inflation is at least running at 10% in the real world, and you’re taxed on the gains you make before inflation, making bonds a very bad choice for anybody.

But, this debt must be funded or our entire way of life ends. What most people do not know is that our money is debt. Every dollar that comes into existence has a dollar of debt and interest attached to it. The only way to pay back this debt and interest in this debt-based monetary system is that we need to create more debt every year in excess of the debt and interest accrued the year before, or we suffer the mother of all margin calls.

When that mother of all margin calls does finally happen – and it will because it is a mathematical inevitability – the paradigm shift that will follow promises to fundamentally alter our entire way of life. We’re not just talking about losing jobs, we’re talking about all of those worst case scenarios you’ve imagined about hyperinflation, no gas, no food, no government safety net, no emergency services and a complete breakdown in the rule of law.

These consequences of collapse are well known and have been documented throughout history, and they always end badly for the general population.

The following video, entitled Confiscation and Inflation, takes an excerpt from the 1981 movie Rollover and highlights what we’ve known for decades about how the eventual meltdown of the US dollar and US debt based monetary instruments will come to pass, and the events that will follow.

It’s a fictional account filmed on the heels of the 1970′s oil crisis and recession, and some of the players may have changed, but it’s as timely today as it was in 1981.

When the Arabs learn of word of what they’ve been doing is out they may panic… move a big chunk of funds too fast or the wrong way…really destabilize the monetary markets.

Then the dollar will collapse.

Then you’ll see a worldwide depression that’ll make the 1930′s look like a kindergarten. In two months you’ll have bread lines in Detroit, riots in Pittsburgh. In six months you’ll see grass right over Rodeo Drive, and Michigan Avenue and 5th Avenue.

Whether it’s an increase in the velocity of money that drives hyperinflation, a peak oil resource crisis, failed government central planning, an economic and market meltdown, a global conflict, the world refusing to buy US debt, an unforeseen Black Swan or a combination of all of them that is the catalyst for what’s to come, one thing is certain: “IT” is coming.

And when it does you can fully expect 99% of the population, from government officials and institutional investors down to the average Joe on the street, to panic. Chaos will reign supreme.

If Obama is re-elected and ObamaCare is not over-turned, America as we knew Her, is done!  And even if we elect the GOP candidate, we are in for a tough ride.  Looking at the direction we are headed in, Romney is looking better and better to help us dig out.  We will need a man that knows money, business and crisis management.  And overturning ObamaCare, either on the 23rd after the SCOTUS hearings or by the next president is beyond essential for us to survive.  We also had Paul Ryan introduce a new budget today… and Eric Cantor will launch the 2012 small tax cut bill tomorrow… Unfortunately the bills will pass the House but will die in the Senate under Harry Reid, but there is hope if we make the changes we need to in November. 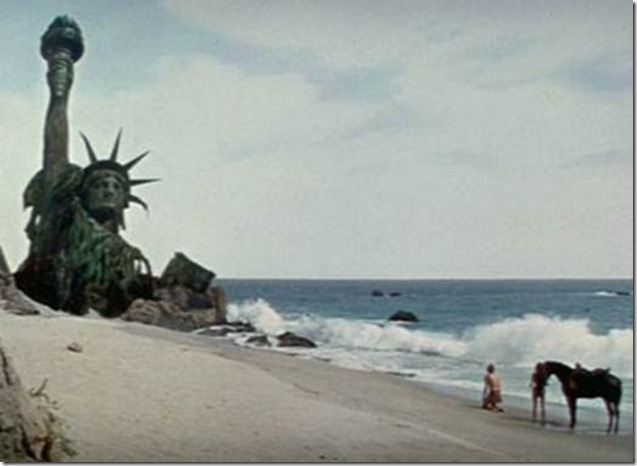 I am a babyboomer and empty nester who savors every moment of my past and believes that it is the responsibility of each of us in my generation and Americans in general to make sure that America is as good or even a better place for future generations as it was for us. So far... we haven't done very well!! Favorite Quotes: "The first 50 years are to build and acquire; the second 50 are to leave your legacy"; "Do something that scares you every day!"; "The journey in between what you once were and who you are becoming is where the dance of life really takes place". At age 62 I find myself fighting inoperable uterine Cancer and thanks to the man upstairs and the prayers from so many people including many of my readers from AskMarion and JustOneMorePet... I'm beating it. After losing our business because of the economy and factors related to the re-election of President Obama in 2012 followed by 16-mos of job hunting, my architect-trained husband is working as a trucker and has only been home approximately 5-days a month since I was diagnosed, which has made everything more difficult and often lonely... plus funds are tight. Our family medical deductible is 12K per year for two of us; thank you ObamaCare. But thanks to donations from so many of you, we are making ends meet as I go through treatment while taking care of my father-in-law who is suffering from late stage Alzheimer's and my mother-in-law who suffers from RA and onset dementia as well as hearing loss, for which there are no caretaker funds, as I continue the fight here online to inform and help restore our amazing country. And finally I need to thank a core group of family, friends, and readers... all at a distance, who check in with me regularly. Plus, I must thank my furkids who have not left my side through this fight. You can see them at JustOneMorePet.
View all posts by Ask Marion →
This entry was posted in Economy and Money, Knowledge Is Power, Politics, Solutions, Wake Up, Watch the Other Hand and tagged 1930's, 2012, budget, depression, economic euthanasia, economy, Election 2012, Eric Cantor, global sovereign debt, Greta Van Susteren, History, hyperinflation, Mitt Romney, national debt, Paul Ryan, recession, US debt. Bookmark the permalink.