Common Foods That Are Harmful Or Even Fatal to Dogs

Many common foods are actually harmful or even fatal to dogs. Some of these (listed below) will surprise you. Others are things you would never give your dog purposefully, but now you will be more careful to not let them be in your dog’s reach. And some just need to be limited to small amounts. 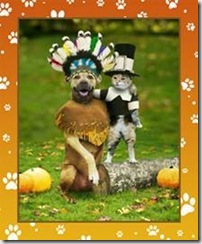 Halloween to New Year’s is an ongoing holiday and party season. It can be fun and include your pets as long as their safety is considered.

Harmful foods, toxic decorations, plants like Poinsettias, scary noises, new people, crowds, unsupervised children, lack of supervision so they can get out, flammable and otherwise unsafe costumes and hot lamps, lights and candles are among the worrisome items on the pet problem list of the season.

Here are the common foods that are harmful or even fatal to dogs:

Avocados (fruit, pit, and plant) are toxic to dogs. Avocados contain a toxic component called persin, which can damage heart, lung and other tissue in many animals. They are high in fat and can trigger stomach upset, vomiting and even pancreatitis. Symptoms of toxicity include difficulty breathing, abdominal enlargement, abnormal fluid accumulations in the chest, abdomen and sac around the heart. The amount that needs to be ingested to cause signs is unknown. The effects on dogs and cats are not completely understood. GI signs are commonly seen and should be treated symptomatically. In addition, the animal should be monitored closely for other clinical signs related to the cardiovascular system. (This information comes from veterinarians, the American Veterinary Medicine Association, and the ASPCA Animal Poison Control Center.)

Bread dough or and dough that rises. Raw Yeast, Bread Dough because it forms gas in the digestive track; fermentation of yeast causes *alcohol poisoning, it can also cause This pertains to all species of pets, but only dogs typically ingest it. It can lead to Distention of abdomen, vomiting, disorientation, diarrhea, lethargy, lack of coordination, difficulty breathing, tremors, coma, seizures and death.  Raw cookie dough can also kill dogs and small children.

Onions destroy red blood cells and can cause anemia, weakness, and breathing difficulty. Even small amounts can cause cumulative damage over time. This includes onions or chives – raw, powdered, dehydrated, or cooked.

Large amounts of garlic cause the same problems as onions. Garlic contains only a small amount of the problematic substance that is in onions. Just as with people, moderation is the key.

Grapes and raisins can cause kidney failure in dogs. As little as a single serving of raisins can kill him. If the dog doesn’t eat enough at one time to be fatal, he can be severely damaged by eating just a few grapes or raisins regularly.

Tomatoes (plant and fruit) contain tomatine, an alkaloid related to solanine. As the fruit ripens, the tomatine is metabolized. Therefore, ripe tomatoes are less likely to be problematic for animals. Clinical signs of poisoning include lethargy, drooling, difficulty breathing, colic, vomiting, diarrhea or constipation, widely-dilated pupils, paralysis, cardiac effects, central nervous system signs (e.g., ataxia, muscle weakness, tremors, seizures), resulting from cholinesterase inhibition, coma and death. (This information comes from veterinarians, and the ASPCA Animal Poison Control Center.) (All parts of the plant except the tomato itself are poisonous to humans, although some people are sensitive to the ripe fruit also.)

Tomatoes also contain atropine, which can cause dilated pupils, tremors, and heart arrhythmias. The highest concentration of atropine is found in the leaves and stems of tomato plants, with less in unripe (green) tomatoes, and even less in ripe (red) tomatoes.

Nutmeg can cause tremors, seizures and death.

Caffeine (from coffee, coffee grounds, tea, or tea bags, sodas) stimulates the central nervous and cardiac systems, and can cause vomiting, restlessness, heart palpitations, and even death within hours.

Diet products containing the sweetener Xylitol can cause a sudden drop in blood sugar, resulting in depression, loss of coordination and seizures. Unless treatment is given quickly, the dog could die.

Macadamia nuts can cause weakness, muscle tremor and paralysis. These symptoms are usually temporary but in extreme cases can lead to permanent paralysis and even death.

Walnuts. When dogs eat the seed hulls, they can get an upset stomach and diarrhea. The real problem is the fungus or mold that attacks walnuts after they get wet (from rain or sprinklers), which produces toxins. If the fungus or mold is ingested by your dogs, they can become very ill and possibly die. Signs that should alert you to walnut poisoning are vomiting, trembling, drooling, lack of coordination, lethargy, loss of appetite, and jaundice indications such as yellowing eyes and gums. Severely affected dogs can produce blood-tinged vomit or stools. Dogs can take several days to exhibit serious signs of illness.

Chocolate can cause seizures, coma and death. Baker’s chocolate is the most dangerous. The darker the chocolate, the more dangerous it is. But any chocolate, in large enough amounts, can kill a dog. An ounce of chocolate can poison a 30-pound dog, and many dogs will happily consume more than this. The symptoms may not show up for several hours (and so might make you think all is well), with death following within twenty-four hours. A dog can consume milk chocolate and appear to be fine because it is not as concentrated, but it is still dangerous.

Apple seeds, cherry pits, peach pits, pear pips, plums pits, and apricot pits contain cyanide, which is poisonous. While a few apple seeds may not cause a problem, the effects can accumulate over time if they are given to dogs regularly. Dogs should not be allowed to chew on a peach pit, cherry pit, apricot pit, or plum pit. Chewing can allow ingestion of cyanide. Chewing could also result in the pit being swallowed, causing continuous exposure to cyanide, or could cause the dog to choke.

Too much salt can cause kidney problems. Also, large breeds of dogs that eat salty food may then drink too much water and develop bloat, which is fatal unless emergency treatment is given very quickly.

Too much fat or fried foods can cause pancreatitis.

Ham and bacon contain too much fat and too much salt, and can cause pancreatitis. Also, large breeds of dogs that eat salty food may drink too much water and develop a life-threatening condition called bloat. This is where the stomach fills up with gas and within several hours may twist, causing death. The nitrates in ham, bacon, hot dogs and some process lunch meats can also cause pancreatitis, diarrhea and vomiting.

Raw liver or too much cooked liver (three servings a week) can lead to vitamin A toxicity. This can cause deformed bones, excessive bone growth on the elbows and spine, weight loss, and anorexia. Check the label of your canned dog food to be sure that it does not contain liver if you are giving your dog liver also.

Raw egg whites contain a protein called avidin, which can deplete your dog of biotin, one of the B vitamins. Biotin is essential to your dog’s growth and coat health. The lack of it can cause hair loss, weakness, growth retardation, or skeleton deformity. Raw egg yolks contain enough biotin to prevent the deficiency, so this is not a problem with raw whole eggs. Raw egg yolks could contain salmonella, so you should get your eggs from a reliable source or cook the eggs.

Grains should not be given in large amounts or make up a large part of a dog’s diet, but rice is generally safe in small amounts.

Cooked bones can splinter and tear a dog’s internal organs.

Dairy products are high in fat, which can cause pancreatitis, gas and diarrhea. A small amount of non-fat, plain yogurt is usually safe.

Pennies made from the 1980s to today contain zinc, which can cause kidney failure and damage to red blood cells. A dog that consumes even one penny can become quite sick, or even die, if the penny is not removed.

Note: According to the ASPCA, “Some dogs can eat [avocadoes] without having any adverse reactions. …. The Guatemalan variety, a common one found in stores, appears to be the most problematic. Other strains of avocado can have different degrees of toxic potential.”  The general rule… to follow: No avocados

** Alcohol is  toxic to pets and an absolute NoNo even in the smallest quantities!!**

“Holidays Are Great and Fun to Share With Our Pets, As Long As We Avoid the No-No Foods!”

Source:  Just One More Pet – h/t to Lace to Leather

I am a babyboomer and empty nester who savors every moment of my past and believes that it is the responsibility of each of us in my generation and Americans in general to make sure that America is as good or even a better place for future generations as it was for us. So far... we haven't done very well!! Favorite Quotes: "The first 50 years are to build and acquire; the second 50 are to leave your legacy"; "Do something that scares you every day!"; "The journey in between what you once were and who you are becoming is where the dance of life really takes place". At age 62 I find myself fighting inoperable uterine Cancer and thanks to the man upstairs and the prayers from so many people including many of my readers from AskMarion and JustOneMorePet... I'm beating it. After losing our business because of the economy and factors related to the re-election of President Obama in 2012 followed by 16-mos of job hunting, my architect-trained husband is working as a trucker and has only been home approximately 5-days a month since I was diagnosed, which has made everything more difficult and often lonely... plus funds are tight. Our family medical deductible is 12K per year for two of us; thank you ObamaCare. But thanks to donations from so many of you, we are making ends meet as I go through treatment while taking care of my father-in-law who is suffering from late stage Alzheimer's and my mother-in-law who suffers from RA and onset dementia as well as hearing loss, for which there are no caretaker funds, as I continue the fight here online to inform and help restore our amazing country. And finally I need to thank a core group of family, friends, and readers... all at a distance, who check in with me regularly. Plus, I must thank my furkids who have not left my side through this fight. You can see them at JustOneMorePet.
View all posts by Ask Marion →
This entry was posted in Food and drink, Holidays, Knowledge Is Power, Pets, Wisdom and tagged ASPCA Animal Poison Control Center, harmful foods for pets, holidays, holidays and pets, reponsible pet ownership, toxic plants for pets. Bookmark the permalink.