How DNA Proved It Was bin Laden’s Body 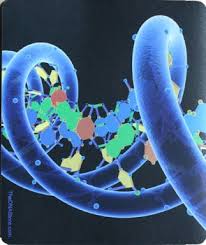 proof of Osama bin Laden’s death – the grisly photo said to show a bullet wound to his eye with much of his skull missing.

That leaves the DNA test – based on hard science completely familiar only to the best-trained specialists – as a guarantee to the public that the 9/11 mastermind is truly dead.
But how did the administration pull off a complex test on the scene that normally takes days if not weeks for forensic scientists to verify in normal investigations?

“Now, we can say with 99.9 percent confidence that this was bin Laden,” John Brennan, assistant to the president for homeland security and counterterrorism, said Monday.
So why not 100 percent?

The answer is complicated, and it involved a painstaking process years in the making that involved tracking down bin Laden’s relatives and getting tissue samples, ultimately from a cancer-ridden relative who died in the United States last year, according to reports.
First the science: the process of extracting and purifying the DNA can be done in as little as a half-hour with right equipment; then experts require a few hours to amplify, analyze and match it. In order to do that you need a piece of equipment called a genetic analyzer, a desk-size apparatus that weighs a couple hundred pounds. That likely explains why bin Laden’s body had to be transported back to Afghanistan for identification, according to one specialist writing in Popular Mechanics magazine.

Dan Krane, a professor of genetics and a DNA expert at Wright State University in Ohio, told Popular Mechanics that rapid DNA tests can look at short tandem repeat sequences in the DNA. Tests that analyze these are indeed incredibly accurate, he says. The more closely related two people are, the more repeated patterns they will share.

But Krane and others — such as William Thompson, a criminology professor at the University of California, Irvine who is an expert in DNA forensics — say that the 99.9 percent confidence number, which the U.S. government reportedly arrived at by comparing the DNA to that of bin Laden’s half-sister, is slightly misleading.
That’s because the results speak to the probability of a relationship between the two people, not the actual identity of the dead man.

“If the DNA test compared the profile of the man shot in Pakistan with bin Laden’s family members,” Thompson says, “the results could properly be presented only as a likelihood ratio, stating the relative likelihood of observing the particular markers found in the dead man if he were, say, the father or brother of a known bin Laden family member, than if he were a randomly chosen individual.”

Kane notes that the more appropriate (though perhaps less dramatic) way to explain the results would be as such: It is about 1000 times more likely the dead man’s DNA came from a sibling of bin Laden’s sister than from a random person. “That phrasing is more consistent with how paternity and sibling tests are typically described,” he tells PM.
But here’s where a complicated story gets even more confusing: bin Laden had no full siblings. It’s been widely reported that the federal government collected DNA from bin Laden’s half-sister when she died in a Massachusetts hospital, and that DNA from other bin Laden relatives may also have been accrued and used in the identification (though the government isn’t providing all the details at this time).

It’s all part of a top-secret Pentagon operation that collects the DNA samples of suspected and known terrorists and their family members. A 2007 Defense Science Board report revealed Black Helix, an initiative—apparently dating back to early 2001, before the 9/11 attacks—that provides a “secure repository and interactive database, which will focus on archiving, retrieving, and interpreting biomolecular data for the identification and tracking of terrorist suspects.”

“In the case of half-siblings, it is harder to state that there is a match because all one can do is state that it is likely the two people shared a common ancestor (you would not be able to say they are half-brother and -sister any more than you could say they are cousins),” Steven Laken, the CEO of DNA analysis firm Cephos, told Popular Mechanics in an email. “In the case of the bin Ladens, there may have been consanguineous marriages (marriages between related people), and this makes it trickier.”

But do such databases make high-profile identifications a done deal? Steven Aftergood of the Federation of American Scientists tells Popular Mechanics that it’s not foolproof. No matter how careful or thorough one is, genetic testing always presents the possibility of errors, ranging from contamination to simple lab mixups.

“I’m not suggesting that was the case with the bin Laden DNA,” he adds. “But life is complicated.”

Typical lab-based DNA matching tests like this can take up to 14 days. They need to be repeated several times to ensure the sample’s not contaminated from any other DNA sources. But in 2010, a University of Arizona team presented research on a machine that can do the analysis in just two hours in a largely automated way.

It’s possible that knowing they were engaged on a mission to capture bin Laden, U.S. forces arranged for access to a machine like this to be on quick alert – probably for flying blood, cheek cells, and other samples taken from the body to the lab for expedited analysis, Time magazine reports.

Newsmax: How DNA Proved It Was bin Laden’s Body

Osama Bin Laden Killed in US Military Operation in Pakistan; USA Has Body

I am a babyboomer and empty nester who savors every moment of my past and believes that it is the responsibility of each of us in my generation and Americans in general to make sure that America is as good or even a better place for future generations as it was for us. So far... we haven't done very well!! Favorite Quotes: "The first 50 years are to build and acquire; the second 50 are to leave your legacy"; "Do something that scares you every day!"; "The journey in between what you once were and who you are becoming is where the dance of life really takes place". At age 62 I find myself fighting inoperable uterine Cancer and thanks to the man upstairs and the prayers from so many people including many of my readers from AskMarion and JustOneMorePet... I'm beating it. After losing our business because of the economy and factors related to the re-election of President Obama in 2012 followed by 16-mos of job hunting, my architect-trained husband is working as a trucker and has only been home approximately 5-days a month since I was diagnosed, which has made everything more difficult and often lonely... plus funds are tight. Our family medical deductible is 12K per year for two of us; thank you ObamaCare. But thanks to donations from so many of you, we are making ends meet as I go through treatment while taking care of my father-in-law who is suffering from late stage Alzheimer's and my mother-in-law who suffers from RA and onset dementia as well as hearing loss, for which there are no caretaker funds, as I continue the fight here online to inform and help restore our amazing country. And finally I need to thank a core group of family, friends, and readers... all at a distance, who check in with me regularly. Plus, I must thank my furkids who have not left my side through this fight. You can see them at JustOneMorePet.
View all posts by Ask Marion →
This entry was posted in Health and wellness, Knowledge Is Power, News and politics, Unusual and tagged DNA, DNA project, DNA testiing, Osama Bin Laden, Osama Bin Laden Dead. Bookmark the permalink.